News in brief: solicitors, accountants and IFAs join forces, &quot;ABSs are future for conveyancing&quot;, and more 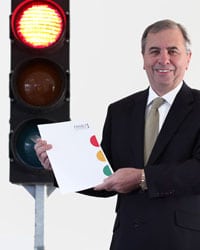 Norwich solicitors Hatch Brenner have joined forces with top 50 accountancy practice Larking Gowen and leading independent financial advisers Lucas Fettes to launch a service that provides individuals and their families with a financial, taxation and legal health check and also puts in place the basic legal essentials such as making a will.

‘Family Fundamentals’, which costs £495 + VAT, uses a traffic light system that highlights where other action needs to be taken.

Hatch Brenner managing partner Alan Dobbins said: “Matters such as wills, protecting family income, savings provision and ensuring too much tax isn’t paid are all important but are often pushed to the bottom of the list because people are unable to address these without the time, trouble and effort involved in engaging a number of different service providers.

“This was the driving factor behind the creation of Family Fundamentals. We hope by providing easy access to all three professional services effectively under one roof, the service will be attractive to many people.”

The Solicitors Regulation Authority (SRA) has now received 92 stage-one applications from organisations that want to become alternative business structures (ABSs). It is expected that the SRA will grant its first licence later this month.

The move by HSBC to introduce a restricted conveyancing panel is “just the beginning of a shift in the way legal services will operate” in the post-ABS world, the chairman of the Conveyancing Association has claimed.

While HSBC’s move has been strongly criticised by many in the profession, Eddie Goldsmith, partner at Goldsmith Williams, argued that the introduction of ABSs will offset the effect of restricted panels by opening up the market and creating greater opportunities as new entrants move into the sector.

He said: “The announcement has been met with a barrage of controversy, but if we take a longer-term view, there will be new ways of doing business. The conventional lending streams will compete with new mortgage providers which will require legal services and want introducers to pass business their way. Collaboration across the disciplines will form a joined-up service that will provide the customer with a more universal package.

“The increased competition will drive the market, forcing it to become much more streamlined. Technology will play a greater role in the processing of services and different pricing structures will replace traditional models, all of which will ultimately be good for the customer. They will pay for core legal services and not the administration that goes with it.

at. ABSs will change the game, but for ambitious, entrepreneurial companies there are clearly opportunities to be had.”

The value of claims against the Solicitors Compensation Fund – which compensates those who have suffered financial loss due to a solicitor’s dishonesty or failure to account for monies received – hit a record £226m at the end of 2011, figures released yesterday by the SRA have shown. However, fewer than half of claims are generally paid (43% in the last quarter of 2011, for example).

The SRA’s quarterly performance report also showed that 62 law firms were closed down in 2011, compared to 64 in 2010.

Lord Justice Jackson will this week recommend to the Civil Procedure Rule Committee that it roll out provisional assessment nationally following a successful pilot in Yorkshire.

Provisional assessment allows for a district judge to carry out an assessment on the papers in respect of bills where the base costs do not exceed £25,000. Either party can then seek an oral hearing but will face costs consequences if a 20% adjustment in their favour is not made a result.

Of the 100 cases that proceeded to assessment in the pilot’s first year, there were 17 requests for an oral hearing, but only two actually made it that far. In neither did the requesting party reach the 20% threshold, although one was successfully appealed.

Speaking in Leeds last week, Lord Justice Jackson said the pilot had shown the process to be quick and simple – the two district judges (also regional costs judges) involved spent an average of 37 minutes per case, and estimated that the parties saved at least £4,000 per case by avoiding a half or full-day hearing.

However, he highlighted the importance of judicial training, given that more recent experience in the pilot shows that assessments carried out by district judges who are not regional costs judges take markedly longer.

Iain Stark, chairman of the Association of Costs Lawyers, said this suggested that provisional assessments should be handled by regional costs judges, or alternatively that regional costs officers should be appointed.

Chartered accountant Karen Silcock and IT consultant Maureen Vevers have been appointed as lay members of the board of the Office for Legal Complaints, which oversees the Legal Ombudsman.

They join five existing members who have been appointed for second terms: Margaret Doyle and Mary Seneviratne to 31 March 2014; and Rosemary Carter, Tony Foster and David Thomas to 31 March 2015. Due to ill health Brian Woods-Scawen, part of the founding OLC team, has not been reappointed. Ms Seneviratne, Ms Carter and Mr Thomas are solicitor members. The new appointees’ terms end in March 2015.

Ms Silcock, currently an independent consultant, was a partner at Deloitte from 1993 to 2010, and has had several public roles on bodies combating money laundering. Ms Vevers, an independent IT consultant since 2002, was previously group IT director for Powergen Plc.

The appointments were made by the Legal Services Board, whose chairman David Edmonds said: “I am delighted with the appointments of Karen and Maureen and have every confidence that they will add significant value in terms of the finance and IT experience to the OLC as it moves from start up phase to business as usual”

Welcoming the new arrivals, OLC chairwoman Elizabeth France noted “with pleasure” that the board now “sets an example in terms of its gender balance”.