The former chief executive of the Council for Licensed Conveyancers has this week launched a regulatory compliance consultancy.

Victor Olowe said Winzest Consulting recognised the growing demand for consulting support. “The increased expectation of higher standards from legal services providers requires a shift in approach to managing compliance and demonstrating that to the regulators,” he said.

He has put together a team of associate consultants to advise on strategy, performance improvement, assurance and training. “Although there are a number of good consultancies operating in this space, there are opportunities to build a national regulatory compliance consultancy that is able to serve the diverse needs of legal firms,” he said.

A team of well-known regulation experts have joined forces with CLT to become the latest provider to offer support to those taking on the roles of compliance officer for legal practice (COLP) and for Finance and Administration (COFA).

Colpline will provide confidential and direct advice from a panel made up of: Bronwen Still, who until 2010 was the head of policy at the Solicitors Regulation Authority (SRA); Alison Crawley, a former senior figure at the SRA and latterly a consultant with the authority who worked on the development of the Legal Services Act and the ABS licensing regime; and Tracey Calvert, part of the SRA policy team that drafted the SRA Handbook.

CLT members pay £600 a year and non-members £960 a year (with lower rates for sole practitioners) for up to six hours of advice via the telephone or over e-mail. Any additional time is charged at £75 an hour. A range of other advisory services are also available.

Well-known claimant personal injury solicitor John Spencer has launched a campaign that aims to put pressure on insurance companies to stop auctioning off cases, highlighting such practices as referral fees in their “worst guise”.

The campaign features a microsite –  – with additional information and an interactive game, and an eBay page to demonstrate the practice.

Mr Spencer, a former chairman of the Motor Accident Solicitors Society and now an executive committee member of the Association of Personal Injury Lawyers, said: “Although such auctions may be a perfectly legal and commercially astute way to conduct business in this industry, we believe it is ethically questionable and morally repugnant…

“We are urging consumers to spread the word about this distasteful practice, and implore their insurer to bring it to an end well ahead of the introduction of the ban on referral fees next year.”

Lawyers On Demand goes it alone 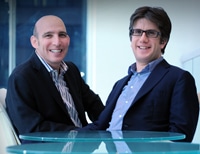 Lawyers On Demand (LOD) – the innovative freelance lawyer network set up by City firm Berwin Leighton Paisner (BLP) – is to be spun off into a separate company, it was announced last week.

BLP will remain an integral part of the LOD offering to general counsel and their in-house legal teams, and will retain an 80% stake in the new company, with co-founders Jonathan Brenner and Simon Harper together leading LOD and sharing 20%.

Launched in 2008, LOD now has a turnover of more than £7m and a team of over 100 freelance solicitors, attracting companies such as Orange, BSkyB, Cisco, and The Financial Times as well as a number of major banks.

The spin-out aims to give LOD greater independence as it receives more enquiries from other law firms that may want to make use of its lawyers themselves.

BLP managing partner Neville Eisenberg said: “We encouraged Simon and Jonathan when they first came up with the idea because it so directly addressed a need on the part of our clients.

“LOD is a good example of how a new business model can flourish in the right environment and represents part of our response to the changing requirements of our clients in sourcing legal services. Through the team of high-quality LOD lawyers, the firm has also benefited from being able to better manage our own resourcing requirements. The next phase of LOD’s development is a natural step and the business will continue to enjoy our support.”

The news came shortly after magic circle firm Freshfields announced a new scheme, called ‘Freshfields Continuum’, which will see the firm call upon ex-Freshfields lawyers on an ad hoc basis to provide part or full-time support on specific projects.

The Law Society has welcomed a decision by the Solicitors Regulation Authority to extend a scheme that provides solicitors with professional indemnity insurance (PII) cover beyond the six-year run-off period.

The SRA board approved proposals made by the society to introduce rules to extend the scheme, which was established by the Society back in 2000.

However, the society expressed disappointment that its call for a cap on the cost to the profession of the extension was ignored.

The SRA has decided to extend the scheme, which is managed by the Solicitors Indemnity Fund (SIF) and funded collectively by the entire profession, for another three years until 2020 after the Law Society warned that an extension was necessary to give security to recently retired and retiring solicitors.

However, the society’s proposal to cap the profession’s total liability at £10m and introduce individual limits was not adopted.

Law Society chief executive Desmond Hudson said: “Extending the run-off cover is a welcome step by the SRA and one which reflects what the Law Society had been calling for. If approved by the Legal Services Board, the extension will give retiring solicitors peace of mind and give firms considering leaving private practice and solicitors contemplating retirement greater certainty over the future, and provides valuable protection for retired solicitors, the wider profession and the public.

“The society argued that this cover should be limited by a cap. There is a risk to the profession in a form of a possible future levy if there are insufficient reserves to meet claims which under this plan are unlimited.

“The Law Society sought to ensure that the profession was not unduly exposed and suggested a cap that would limit cover only in the event of abnormally high level of claims within the three-year period. This concern was not addressed by the board, which raises questions about the decision-making process.”

The SRA has backed down over its approach to regulating alternative business structures (ABS) that provide mainstream financial services advice and has now issued a consultation to seek views on how it should proceed.

There are 64 so-called authorised professional firms (APFs), which provide such financial services and so are authorised by both the SRA and the Financial Services Authority. However, they enjoy certain carve-outs from FSA rules.

The SRA has made it clear since 2009 that it will only regulate legal services, as measures put in place to protect the public against errant solicitors – such as the Compensation Fund – could be liable for losses caused by non-legal activities. It was therefore planning to remove APF status from ABSs, meaning that they would lose the carve-outs.

However, the SRA said it was concerned this would lead to a gap in regulatory protection for customers of such businesses. There is also regulatory inconsistency between ABS APFs and other law firms that are SRA-authorised APFs.

The three options now being consulted on are: