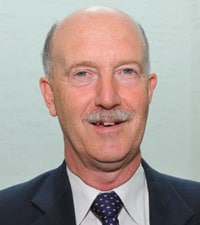 Mercer: funds willing to fund the expansion of IP businesses

Alternative business structures (ABSs) should allow patent attorneys to expand their practices and provide an attractive one-stop shop for clients, their new president has predicted.

The Intellectual Property Regulation Board (IPReg) is in the process of preparing its application to become an ABS licensing authority and Chris Mercer, newly elected president of the Chartered Institute of Patent Attorneys, said his institute has encouraged IPReg to take this step.

Mr Mercer – a consultant to patent attorneys Carpmaels & Ransford after retiring from full-time practice there in 2010 – told Legal Futures that “there are funds out there which would be willing to fund the expansion” of IP businesses, especially in the light of the success of AIM-listed Murgitroyd. But equally there are IP practices out there with non-lawyer directors that are effectively ABSs already, he explained.

He added that solicitors working at patent attorney practices who are not dual qualified – and so currently ineligible for partnership – could become partners in an ABS.

Eddie Ryan, managing director of Co-operative Legal Services (CLS) for the past seven years, is to retire this summer.

Mr Ryan was the driving force for establishing CLS when he and his team moved over from the RAC, and his announcement came shortly after CLS became an ABS and announced plans to recruit 3,000 people over the next five years.

Martyn Wates, deputy group chief executive, said: “Since establishing CLS, Eddie has done a fantastic job in leading and growing the team. All the foundations are now in place to allow us to fundamentally change the face of legal services in England and Wales and make access to justice far easier for our members and customers

“I would like to record my thanks to Eddie for the enormous contribution he has made to our business and wish him a long and happy retirement.”

The Co-operative Group said the process to recruit his successor is already well advanced.

The Copyright Licensing Agency (CLA) has introduced a new digital copyright licence that enables law firms to copy and reproduce from a range of digital material.

The new law licence – developed on conjunction with the Law Society and City of London Law Society – gives licensed firms the permission to copy from thousands of e-books, online journals and free-to-view websites.

The licence includes the permission needed to share digital material with colleagues, associates and clients in relation to a specific case and store digital copies on intranets. Licensed firms will also benefit from blanket protection against vicarious liability which arises from copyright infringement in the workplace.

Paul Maillardet, the CLA’s business development manager, said: “We have already received considerable interest in the new licence, from large international corporations, to smaller firms. In a single transaction, the new law licence gives law professionals the permission to copy and reproduce content from law reports, journals, books, digital publications and websites and we expect demand will be high.”

PII brokers under pressure over commissions

The significant lack of transparency surrounding broker remuneration in the professional indemnity insurance (PII) market is “unacceptable”, the chairman of the Law Society’s PII committee has told solicitors.

In an open letter, Nigel Day encouraged all solicitors to ask their broker what they will receive in commission from insurers this renewal – saying they have the right to request this information – and the society has produced a template letter to help them do so.

It forms part of the support the society is giving the profession as we head towards renewal season, including publication for the first time of a ‘buyer’s guide’. See the PII section of the society’s website for more.

UK law firms’ failure to tackle online security is leaving clients increasingly vulnerable to hackers amid growing concern of an escalation in state-sponsored espionage, according to former assistant US attorney Seth Berman.

“The security and risk landscape is changing rapidly and it’s the very nature of law firms that makes them an active target. Firms should, therefore, step up their vigilance and protection,” said Mr Berman, who heads up the UK team of digital risk management and investigations consultancy Stroz Friedberg. “We’re facing an increasingly sophisticated array of adversaries, which makes it more important than ever for law firms to recognise the severity of such threats.”

Mr Berman continued: “Corporates have a statutory duty to address such threats, by safeguarding all confidential and sensitive information. There is no doubt most law firms recognise their own obligations and have taken steps to shield client data. But the sector is unusual in the way it deals with information, which sees personal details of individual partners, associates and lawyers readily available on firms’ websites.”

There is growing concern information from individual firms’ websites and the significant growth in the use of social media networks aimed at professional users, such as LinkedIn, may be used by hackers to gather information, before launching increasingly sophisticated phishing attacks, he said.

“Law firms need to realise that they are being targeted and must tailor policies and training to address this threat.”

He said recent reports by UK and US intelligence agencies have suggested China and Russia are putting greater resources behind industrial espionage operations, in an attempt to bolster their commercial interests.