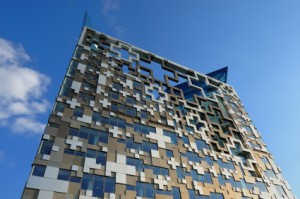 Personal injury firm Claim Today Solicitors (CTS) – an arm of Birmingham law firm DBS Law – is to launch a £1m advertising campaign that will attack the government’s Jackson reforms. It has changed its normal strap line of “Don’t delay, Claim today” to “Don’t delay, claim today – before the government takes your rights away”.

Managing director Rob Bhol said the aim was “to raise public awareness of the assault on the fundamental rights of individuals to have access to the law to get redress”.

CTS has set aside £1m to advertise across TV, newspapers and the Internet for at least the first quarter of the year; this may be extended depending on the progress of the Legal Aid, Sentencing and Punishment of Offenders Bill through Parliament.

Square deal for the Law Society

All Law Society and Solicitors Regulation Authority staff in the midlands are to move to The Cube development in Birmingham city centre. Some 700 staff currently working in Redditch and Leamington Spa will occupy 57,000 sq ft of the landmark building in the Westside district of the city, next summer.

The Cube – whose design was “inspired by a visually enchanting jewellery box” – is a £100m, 23-story building near The Mailbox designed by the company behind the ‘Gherkin’ in London. The Highways Agency is the other main tenant.

Law Society chief executive Des Hudson said: “Consolidating our four current midlands buildings and all our midlands-based staff together in one building will reduce our costs, make us more effective and more efficient, and support the provision of high-quality services for our members. The Cube

The Chartered Institute of Patent Attorneys (CIPA) and the Institute of Trade Mark Attorneys (ITMA) have welcomed confirmation from the Legal Services Board that they have met the standards required for regulatory independence in their relationship with their joint regulator, the Intellectual Property Regulation Board (IPReg).

ITMA president Maggie Ramage added: “Regulatory independence is crucial to public confidence. This announcement follows other recent changes to make it quicker and less costly for IP cases to be heard in the Patents County Court. This all helps to make IP advice of a consistently high quality while improving accessibility.”

Legal Futures revealed shortly before Christmas that IPReg is planning to apply to become an alternative business structures licensing authority.

LSC gets its Coats

Matthew Coats, interim head of border force at the UK Border Agency, has been named the new chief executive of the Legal Services Commission (LSC). Prior to that he led the asylum and immigration system, and previously worked in health.

He will take up the position on 27 February and will then become chief executive of the Legal Aid Agency within the Ministry of Justice, when the LSC is abolished. Subject to parliamentary approval, the LSC is due to be abolished in April 2013.

LSC chairman Sir Bill Callaghan said: “Matthew has a wealth of experience gained from across the health and immigration sectors. I am absolutely delighted we have been able to attract a person of his calibre to the post of chief executive.

“Matthew will lead the LSC towards achieving our vision of being a respected commissioner and administrator of legal aid and also oversee the organisation as it transitions to an executive agency of the Ministry of Justice and beyond.”

His predecessor, Carolyn Downs, left in November to become chief executive of the Local Government Association.