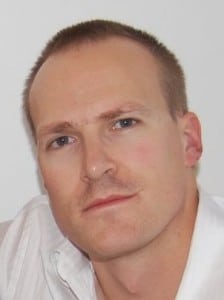 An international online directory aimed at in-house counsel and others who want to find commercial lawyers has gone live.

NovoLawyer is the brainchild of legal directory expert Lloyd Pearson and claims to have a more advanced search facility than other legal directories by allowing users to drill down to lawyers with very specific expertise. It is lawyer, rather than firm, focused.

The dashboard for lawyer users tells them how many people have viewed their profile. There is no rating or ranking on the site, but users can leave endorsements.

NovoLawyer operates a ‘freemium’ model, allowing lawyers to sign up for free but offering an enhanced listing for $200 a year and help in creating a listing for $400 a year.

Mr Pearson acknowledged that the online directory market is crowded, but said he believed the unique points of his product would help it stand out. “The first signs are good,” he said. “It’s a product that requires size and scale.”

The Law Society of Scotland is backing an initiative to promote the country as an international hub for legal process outsourcing (LPO), joining both Northern Ireland and Wales in bidding for such work.

The society has been in discussions with Scottish Development International – the Scottish government’s international economic development agency – and Scottish law firms on the potential to attract and secure LPO operations as part of the drive to position Scotland as an international centre for conducting legal business.

Law firms and other companies which decide to open support service operations in Scotland would also be able to apply for funding and development grants.

The Probate Wizard, an innovative online legal service that went live earlier this year [2], is offering a free service to raise awareness of consumers’ options for probate services.

The company’s white-labelled version of the Probate Wizard for law firms will go live in November.

Co-founder Tom Hiskey, a former probate solicitor, said he hoped that the promotion will raise awareness of consumers’ options for probate services. “By offering free advice as well as free access to The Probate Wizard, we hope to demonstrate that, with the right knowledge and a bit of guidance, anyone can administer a simple estate.”

Some 40% of the 51 firms polled were experiencing more cash-flow pressures than in the previous quarter.

A third of practices were considering a merger with another practice, and almost of all of these were actively speaking to other practices. While fee income was down compared to the previous quarter, it was slightly up on the same quarter last year.

Exeter firm Veitch Penny has decided to split its claimant and defendant insurance departments, allowing the latter to become the new Exeter office of Browne Jacobson. In a statement, Veitch Penny said the split focus has limited its “capacity to help anyone with a potential conflict against the many local and public authorities that the firm also represented”.

It continued: “The Veitch Penny partners decided that the two parts of the firm would perform better as separate entities, rather than to continue as one firm. The separation will give Veitch Penny new freedom to offer a wider range of services to its private and business clients throughout the west country and beyond.”

The Bar Council has urged the parliamentary committee considering the draft Communications Data Bill to recommend protection for legal communications before any new interception powers are granted.

In written evidence, the Bar Council argued that the current regime for obtaining information about individuals’ private communications and activities is not fit for purpose, and does not provide the protections which would be expected of any liberal democracy.

Chairman Michael Todd QC said: “For some time now, the Bar Council has called for the government to recognise the importance of, and have respect for, private communications between lawyers and their clients. So far, the government has demonstrated that it would rather take advantage of a legislative drafting flaw than protect a fundamental human right.

“It is inconceivable that the government should be contemplating what has been described as a ‘snoopers’ charter’, granting authorities greater surveillance powers in the face of wide-ranging opposition, when the current regime is wide open to abuse.”

The pair said they identified synergies in their work with vulnerable people in the community. Both provide help and advice to people who are homeless, domestic abuse victims, the elderly and children in care.

As a result, Stephensons and Barnardo’s will work together on specific combined initiatives to provide a combined service to benefit those in need. The partnership has a shared vision, to ‘provide services which improve the lives of individuals including some of the most vulnerable people in society’.

A range of initiatives have already been implemented to portray this shared vision, most recently a domestic abuse conference.

Ann Harrison, Stephensons’ chairwoman, said: “Our relationship with Barnardo’s evolved from the [charity’s] free will scheme, which had a positive impact on the communities we operate in.

“We wanted to build on that relationship further, motivated by a belief that we have strategic objectives that mirror each other. Our values, beliefs and the culture of our organisations represent a good overall fit.”

Paul Wilcox, assistant director of children’s services at Barnardo’s, said: “Working with Stephensons enables us to gain insight into the organisational structure of a private sector company and likewise Stephensons will benefit from observing our working practices.

“As well as working together to raise awareness of specific issues which directly affect our communities, from an organisational point of view we are sharing best practice on communication strategies, mentoring schemes and staff motivation.”

Innovative law firms Halebury and Douglas Wemyss have been shortlisted for the Minority Supplier Diversity Awards. They are organised by Minority Supplier Development UK, which works with 36 blue chip-companies and connects them with ethnic minority businesses.

Halebury, an ‘alternative’ law firm that recently announced plans [3] to become an alternative business structure, has been nominated in the growth category, with the citation saying: “Operating in a highly competitive sector, with minimal initial funds, and a brand new business model, Halebury has successfully made a positive impact on the legal sector.”

Douglas Wemyss, a Leicester-based firm that won the excellence in client service award [4] and was shortlisted in several other categories at last year’s Law Society Excellence Awards, is nominated in the responsible business practices category. The citation says: “Douglas Wemyss Solicitors is actively involved in making a positive contribution to society be that through giving of time, or their solicitors giving of their knowledge and being involved in pro bono work.”

The winners will be announced in October.