In brief: Law Society gives in over reaccreditation, QS in Barnardo’s will push and much more

The Law Society has bowed to pressure from criminal law solicitors and postponed its plans for reaccreditation for the criminal litigation accreditation scheme (CLAS).

It had come under heavy fire from the Criminal Law Solicitors Association, which in its response to a consultation on the issue described CLAS as redundant – in light of Legal Services Commission demands and the new Quality Assurance Scheme for Advocates (QASA) – as well as having no influence on clients.

The association also accused Chancery Lane of seeking to extract money – through the cost of reaccreditation – from a sector of the profession that it knows is operating “at the margin of financial viability”.

In a statement announcing the outcome of the consultation, the society defended the continuing relevance of the scheme. It said: “The society has decided to postpone compulsory re-accreditation for the CLAS in light of our members’ comments and to ensure that we take properly into account initiatives such as QASA.

“We doubt that QASA will make CLAS redundant because QASA will only cover advocacy while the CLAS covers other areas of criminal litigation. It is, however, important to understand how the two interact.” 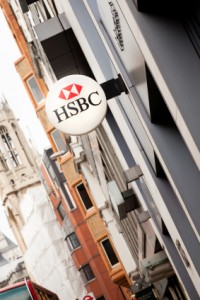 HSBC: signed up to probate protocol

A new protocol designed to ease the administrative burden on family members who suffer a bereavement has been agreed by the British Bankers’ Association (BBA), the Law Society and the Society of Trust and Estate Practitioners (STEP).

The protocol – building on protocols already operating with some individual banks – covers the exchange of information between banks and solicitors and estate practitioners following the death of a bank customer. It has been signed on behalf of Barclays, HSBC, Lloyds TSB, Halifax, Royal Bank of Scotland and NatWest, and covers the handling of current, savings, credit card and unsecured loan accounts.

Law Society president Lucy Scott-Moncrieff said: “This protocol unlocks the labyrinth of administration, costs and stress for grieving relatives by helping their solicitor to negotiate the different administrative procedures involved in winding-up an estate.

“Managing relationships with banks and building societies has long been a problematic aspect of probate practice. This new arrangement is a considerable achievement and we hope to see more banks participate in the protocol in the future.”

David Harvey, chief executive of STEP, said: “STEP practitioners have long spoken of difficulties and delays during the estate administration process in relation to assets held by financial institutions. We are pleased to now have agreements with the majority of UK banks which will provide grieving families with some certainty at a very difficult time.”

QualitySolicitors ties up with Barnardo’s

QualitySolicitors (QS) and Barnardo’s, the UK’s largest children’s charity, this week held the first Barnardo’s Will Week as part of an ongoing, exclusive partnership.

Selected branches of Barnardo’s have had a representative from their local QS firm in store for much of the week, offering a will writing service to any member of the public over the age of 55.

QS has worked with Barnardo’s since 2010, after QS founder and family law barrister Craig Holt saw the work of Barnardo’s first hand in a child protection court case, and approached the charity about a partnership. To date, the partnership has raised an estimated £3m in legacies for Barnardo’s. Almost half of Barnardo’s income from the public comes from wills.

College of Law adds Masters in Law to LPC

The College of Law will next year add a new LL.M LPC to its legal practice course, meaning students receive not only with an LPC qualification but also a Master of Laws.

Subject to validation by the Solicitors Regulation Authority, the new qualification will be the same price and duration as the current LPC. Students can specialise in either international or national legal practice and choose between the award of LL.M in International Legal Practice LPC or an LL.M in Legal Practice LPC.

The college said it is already being endorsed by leading law firms, including CMS Cameron McKenna, which has appointed the college as its exclusive provider of the LL.M in International Legal Practice LPC for its future trainees.

Students undertaking three international electives will be awarded the international LL.M, while those choosing any other combination will receive the LL.M in Legal Practice LPC, demonstrating their specialism in general commercial practice or legal aid practice.

In addition to successfully undertaking the stage 1 core practice areas and stage 2 professional electives, students must complete an extended assignment in order to qualify with an LL.M.

Sarah Hutchinson, the college’s board member for business development, said: “An LL.M is recognised globally as the leading qualification in legal services. Increasingly, many employers are expecting their graduate intake to be educated to Masters level…

“We are preparing our trainees with an overview of global legal practice which will give them the edge in securing and succeeding in practice.”

Simon Mounteney, a partner of Marks & Clerk Consulting, said: “An area where many clients struggle is in getting from the design concept through the prototype to economic mass production; and often the development process itself fails to identify or maximise the additional IP rights which could be obtained.

“This alliance enables us to provide a first-class proven new product development design service to clients alongside their in-house design team or as a completely outsourced service, and for the first time one which is fully coordinated with IP protection, freedom to operate and exploitation advice.”

The UK’s top 100 law firms saw fee income growth of 3.8% in the quarter ended 31 July 2012, compared to the same period last year, according to the latest quarterly survey by Deloitte. This is the slowest rate of growth for six quarters.

Deloitte partner Jeremy Black said: “Outside of the firms ranked from 11 to 25, fees per fee-earner have increased, particularly for the mid-market firms outside of the top 25 which suggests that rates are under less pressure.”

On average, the top 100 law firms forecast 4.9% fee income growth for the year to the end of April 2013. The highest projections were submitted by firms from 11 to 25 who are forecasting 7.1% growth, compared with the less optimistic firms in the top 10 who anticipate growth of 3.9%.

Mr Black added: “Overall firms expect to see some fee income growth in 2013. However, instability in the Eurozone area and the sluggish world economy continue to dominate the business agenda, and it seems unlikely there will be any significant growth in the sector as a whole in the medium term.”