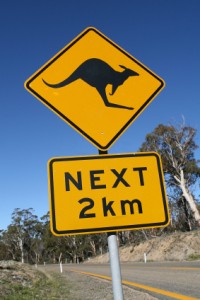 Australia: issue of timing and acquisition is being debated, says Shine

The newest listed law firm in Australia – and the third biggest personal injury practice in the country – is eyeing up an acquisition in the UK, it has emerged.

The fast-growing Shine Lawyers listed last week and saw its share price instantly increase by a half, and is now looking to follow in the footsteps of Slater & Gordon.

Managing director Simon Morrison told The Australian newspaper: “We have been looking [at the UK] pretty closely for about a year and have looked at a number of firms – one in particular we are very close to at the moment. The issue of timing and acquisition is being debated around our board table.”

Shine began life in 1976 as a country practice in Queensland and through both organic growth and acquisition has since grown to over 600 people located across 40 offices throughout Australia. It has a formal alliance with internationally acclaimed environmental advocate Erin Brockovich.

It is the third law firm to list after Slater & Gordon and Integrated Legal Holdings, which both went public in 2007.

Mr Morrison told the newspaper that the fragmented nature of the UK personal injury market offered an opportunity for new entrants like Shine. He said the existence of claims management companies “has created a culture of dependency among British firms for incoming work” and as a result of the referral fee ban “British lawyers are going to have to re-learn how to communicate with their customers”.

Mr Morrison and executive director Stephen Roche, a former managing partner, were the main beneficiaries of the listing, and have 65% of the practice, which on listing had a market capitalisation of A$155m (£100m).

As with Slater & Gordon, the Shine prospectus made it clear to investors that the firm has a paramount duty to the court first, and then to its clients. “Those duties prevail over Shine’s duty to shareholders. There may be instances where Shine and its lawyers, in exercising their duties to the court or to the client (or both), act other than in the best interests of shareholders. An example is in settlement negotiations where Shine’s duty to its client would be favoured over any short-term cash flow or funding needs of Shine’s business.”