NewLaw’s “encouraging” start to life as part of listed company 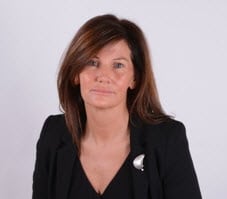 Pioneering alternative business structure (ABS) NewLaw has made “an encouraging start” to life under the ownership of accident management business Redde plc, the company said yesterday.

Issuing its results for the year to 30 June 2014, AIM-listed Redde – formerly known as Helphire Group – said that NewLaw had contributed £8.9m in turnover and £2.1m in profits in the four months it had been part of the group during that period.

At the time of the acquisition, the NewLaw Group was said to have achieved a profit before tax of £7m on sales of £29.4m in 2013.

Martin Ward, Redde’s chief executive, wrote: “This acquisition has been well received in the marketplace in which the group operates and has given rise to a number of potential additional opportunities for the group to pursue which gives the board confidence for the future in this area.

“Partnerships with four insurer related brands have been established via ABS structures and more are in the pipeline.”

He said that Redde’s other ABS, Principia Law, “has made good progress during its start-up phase in the area of personal injury cases and has also provided the group with additional opportunities in relation to credit hire recoveries, particularly those cases requiring more specialist attention”.

Redde chairman Avril Palmer-Baunack listed the company’s three strategic aims as being “to develop a top-tier UK personal injury legal services business that can provide a comprehensive range of services to our referral partners”; to build its base as “one of the largest, longest established, replacement vehicle providers”; and to take opportunities for organic growth “as well as acquisitions that materially increase the group’s presence in those areas in which we operate”.

Overall the company saw strong profit growth – with profit before tax of £11.9m, compared to £4.3m in 2013 – but revenues of £197m were down 1.3% on a like-for-like basis compared with 2013 (after stripping out £14m in referral fees received last year until the ban was introduced).

It said this was mostly due to a previously reported planned reduction in low-margin direct hire business, “which was largely offset by increases in revenue from core credit hires, (reflecting improvements in components of the mix of business) and also greater throughput in our repair services”.

Investors responded positively to the results, with Redde’s shares up 9% during trading yesterday.

Philip Dicken, NewLaw’s managing director, will be speaking at PI Futures, being held in Manchester on 16 September. Tickets are still available. Click here for details.