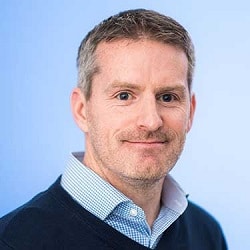 Lock: Valuing injuries will be tough for litigants

Leading personal injury law firm NewLaw will charge clients up to 30% of their damages to handle small claims going through the new whiplash portal, it has revealed.

Managing director Tim Lock said it would represent clients under a damages-based agreement.

It is the first firm to make clear its charging strategy for the new regime, which does not allow for recoverable legal costs for cases valued at less than the new small claims limit of £5,000.

The firm announced last week completion of core testing of its online personal injury portal ‘Pilot’ through which it will offer the option to assist whiplash claimants through the government-mandated Official Injury Claim (OIC) portal.

NewLaw – one of the very first alternative business structures (ABSs) – is owned by listed ‘mobility solutions’ company Redde Northgate. It also has six joint venture ABSs with the likes of the British Medical Association and NAHL.

Most of its work comes from partnerships. Where clients have legal expenses insurance, NewLaw will receive a payment via the policy. Where they do not, Mr Lock said the firm would charge 20-30% of the damages.

The lowest rung of the damages tariff is £260 for whiplash injuries lasting up to three months with a minor psychological injury too. Mr Lock described paying around £60 for “professional” advice as “reasonable”.

“We think it’s vitally important that people continue to have representation,” he said, suggesting that many people would struggle to “get their heads around” the new portal. Valuing injuries would be particularly tough.

NewLaw has worked with the Motor Insurers Bureau project team building the OIC while developing Pilot, allowing for regular testing

Mr Lock said it would not be a fully automated process. There will still be an ‘onboarding call’ for new clients and the NewLaw team will double-check the claim notification form generated, as well as being available if needed during the process.

He said he would advise motorists to take out legal expenses insurance now, but said penetration was actually dropping, in part due to aggregator websites wanting to show the lowest price possible for motor insurance and so stripping out legal cover.