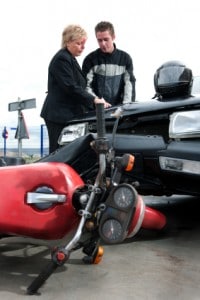 The firm has been owned for the last year by accident management business Redde plc, and in the company’s interim results yesterday, for the six months to 31 December 2014, it said “a further three partnerships with insurer and other related brands via ABS structures are in the pipeline”.

More generally, Redde – which was formerly known as the Helphire Group – reported that “NewLaw has continued its encouraging start since acquisition and has given rise to a number of potential additional opportunities for the group to pursue which gives the board confidence for the future in this area”.

The results said Redde has around £25m of cash earmarked for future acquisitions to “expand the range and scale of its activities”.

The company added that its first ABS, Principia Law, “has continued its good progress during its start-up phase in the area of personal injury cases and has continued to provide the group with additional opportunities in relation to credit hire recoveries, particularly those cases requiring more specialist attention”.

Overall during the six months, the group took on 13,000 new personal injury cases and currently has 24,000 cases in progress. During 2014, it provided accident management services to over 115,000 motorists.

Redde’s results were boosted by the NewLaw acquisition, with turnover for the six months up 32% to £122m and profit before tax up 172% to £11.5m – although the precise amount attributable to NewLaw is not made clear except in relation to the 31% profit margin, which would have been 23% without NewLaw.

The results also revealed that last August nearly 8.5m shares were issued to settle the first tranche of deferred consideration payable in respect of the acquisition of NewLaw. They were priced 60.9p at the time. Yesterday’s results saw Redde’s share price jump 10% to 104p.

Meanwhile, Quindell announced today that the independent review of its business by PwC is taking longer than originally anticipated, which it attributed to “the high level of corporate activity of the group”. It had been expected that the review would be completed by the end of February but that will now happen “in the next few weeks”.

In a statement to the stock exchange, the AIM-listed alternative business structure added: “The board has concluded that going forward, the company will have two operating divisions: the professional services division and the technology division (comprising insurance software, telematics and telecoms businesses). There are, therefore, several businesses and assets that are non-core and the board will take appropriate action to deliver shareholder value from those assets”.

It said that despite “the quality of people, operations and prospects” of the professional services division, “the board and the consultants believe, however, that it is in shareholders’ interest to continue to explore the potential disposal of this division to Slater & Gordon”.