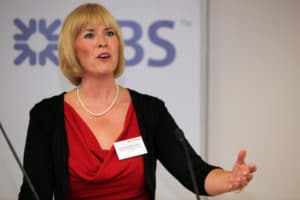 Christina Blacklaws, who shot to prominence as director of policy at Co-operative Legal Services (CLS), has been elected as the next deputy vice-president of the Law Society.

This means she should become president in July 2018, only the fifth woman to hold the chain of office in what will be, by then, the society’s 193-year history.

Before joining the Co-op, Ms Blacklaws was a family lawyer of considerable renown, but in what was a major coup at the time [2], she and Jenny Beck – another senior family lawyer – left London law firm TV Edwards [3] in November 2011 to become CLS’s director of policy and head of professional practice respectively.

They were behind the launch of CLS’s family law service [4] in 2013. CLS was one of the first three legal businesses  [5]to become alternative business structures in March 2012.

Ms Blacklaws left in 2014 [6] and is currently director of client services at Kent-based firm Cripps, where she will take over as chief operating officer next week.

Ms Blacklaws said: “I am honoured, delighted and humbled to be elected. These are challenging times. I look forward to engaging with the Law Society’s diverse members and to working with Robert and Joe to ensure the organisation is a relevant and effective representative body in a changing professional landscape.”

Ms Beck left CLS last year and is now a partner in the London office of north-west firm Stephensons.