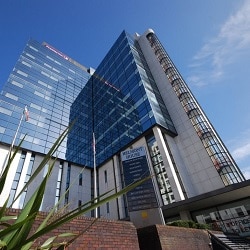 NewLaw: Getting ready for PI reforms

The figure came in the annual results of accident management group Redde plc, which owns NewLaw as well as Principa Law, both of which are themselves ABSs.

The NAH ABS, Your Law, is one of six ABS joint ventures of which NewLaw is the minority partner – the rest are with insurers and others in the claims industry.

The Redde annual results, for the year to 30 June 2019, said NewLaw’s share of profits from these went up from £2.2m to £5.3m, which reflecting “growth in the number of cases processed in Your Law” LLP (in which NAHL plc is the majority partner) which commenced as a start-up venture in July 2017.

It added: “[Your Law] has showed encouraging progress and has continued to build its case load and consequently its levels of settlements.”

On next year’s Civil Liability Act reforms, the stock exchange announcement said: “The group is investing in IT systems to provide a customer portal that will integrate with the proposed MoJ portals and provide efficiencies to deal with low-value claims after the reforms take effect.”

NewLaw’s own results for the year to June 2018 showed a small profit before tax on a slightly reduced turnover of £23m – its individual results for 2019 will not be published for some months.

Its share price has nose-dived in recent months, however. Having been 186p at the end of February, it was 90p less than two weeks later, and closed yesterday up 4.5% at 112p.

Meanwhile, Bristol firm Lyons Davidson – which runs NAH’s other joint venture ABS, National Law Partners – has posted turnover of £52.6m for the year to 30 November 2018, with a retained profit of £800,000. This compares with a loss in the previous year of £4.2m.

EBITDA was £6.7m after a restructuring of the business at the end of 2017 that led to annualised savings of almost £4m a year.

Managing director Mark Savill said: “The hard work we completed in the 2018 financial period is now helping us deliver strong results this year, with a further growth in profitability in our current accounting period anticipated.

“Throughout 2018 and 2019 we have continued with the development of our legal services solution for the [upcoming] injury reforms, building on our fully functional customer online portal, including a redesign of the customer interface which we will be launching this year.

“We have received a lot of interest in the customer journey that this solution delivers, together with the increased efficiencies and reduced lifecycle we have seen. We are also involved in some exciting initiatives in artificial intelligence, working on some machine learning projects in conjunction with the University of the West of England.”

Mr Savil said the firm won four new contracts for its household and commercial legal expenses services during the year, and has just secured another.