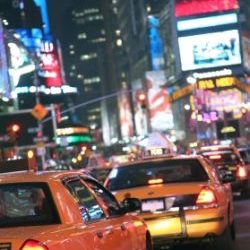 Alternative business structures (ABSs) will not be allowed in New York for the time being because the case for them improving access to justice has not been made, a commission has decided.

The news came as Arizona became the first state to drop the ban on ABSs completely at the start of this month.

Utah was the first state to license ABSs last autumn in the shape of a two-year regulatory sandbox to test business models not otherwise allowed under the strict US rules that restricts the practice of law to lawyers.

However, the Arizona changes, which came into force on 1 January, are not time-limited. Prospective ABSs have to apply to a committee created by the state’s supreme court for approval.

The federal system means that the legal profession in each state is regulated by its supreme court. California is also investigating ABSs at the moment.

But in New York, a working group on regulatory innovations, which forms part of the Commission to Reimagine the Future of NY Courts, said there was “no reliable data” from any of those three states on whether “ABS firms would actually increase access to justice or improve the delivery of legal services in addition to improving lawyer productivity”.

The group considered this an “important question”.

It said: “In fact, every time we put that question to those with whom we consulted, we were told that the primary reason for an ABS was to increase profitability and that there is no evidence that it will increase access to justice.

“Unlike the argument with respect to increases in capital and law firm profitability, which have an arguable empirical basis, the evidence with respect to access to justice and improved delivery of legal services is today non-existent.”

The report quoted leading American legal academic Professor Gillian Hadfield, who has said no amount of legal aid or pro bono services that could satisfy the unmet need for legal services in the country, and that only by allowing ABSs was there a chance of addressing the access to justice problem.

The working group said: “We are unpersuaded. We do not really know whether an ABS in any form would have any effect in closing the access-to-justice and delivery-of-legal-services gaps and the available evidence is to the contrary.

“For that reason, we do not support the adoption of an ABS in New York State at this time, at least not until we learn whether the Utah, California, and Arizona experiments have been successful and their results can be evaluated.

“We also do not think that a state-wide law permitting non-lawyers to be partners in or owners of law firms is feasible or practical at this time, nor do we believe that a case been made that such a state-wide program would be embraced by the legal profession.”

The group said, however, it could “foresee a time when one or more of the ABSs being tried elsewhere could be adopted in New York”, and that it stood ready to adopt ABSs if they proved successful elsewhere.

Meanwhile, last week, the State Bar of California – an arm of the state supreme court– held the first meeting of its closing the justice gap working party, at which it heard from former Solicitors Regulation Authority director Crispin Passmore about the experience of ABSs here.

The working party is charged with investigating the development of a regulatory sandbox and fee-sharing between lawyers and non-lawyers. It is due to report no later than September 2022.

Washington DC was for a long time the only place in the US to permit non-lawyer ownership of any kind, although this is restricted to situations where the law firm has as its sole purpose the provision of legal services, all owners agree to abide by the rules of professional conduct for lawyers, and the managing lawyers undertake to be responsible for the non-lawyers.