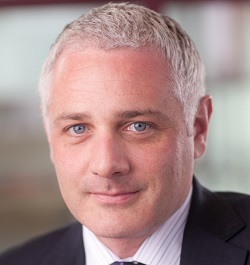 Insurance companies have referred 26 law firms to the Solicitors Regulation Authority (SRA) in recent months through a new process that aims to “better facilitate exchange of information” between the regulator and the Insurance Fraud Bureau, it has emerged.

The information came in a letter from James Dalton, director of general insurance at the Association of British Insurers, to Bob Neill MP, chairman of the justice select committee, in the wake of Mr Dalton’s appearance before the committee earlier this year.

Providing further information requested by the committee, Mr Dalton said the frequency with which professionals such as solicitors feature “in some way” in insurance scams was “significant”.

The new process – which has been in place since September 2016 – came about as a “direct result of engagement” between the chair of the government-commissioned Insurance Fraud Taskforce, David Hertzell, and senior management at the SRA, he said.

In the first five months of the arrangement, Mr Dalton said, the Insurance Fraud Bureau has made 32 referrals to the SRA relating to 26 different firms.

Of these 32 cases, seven have been the subject of further investigation by the regulator, 10 have been classified as “intelligence-only”, eight are awaiting further evidence from insurers, four are under “active review” and three were requests for information only.

In addition, a further five firms have been reported directly by the industry “and are under current investigation by the SRA”, Mr Dalton wrote.

More broadly, he said it “would be helpful for the judiciary to take a stricter approach to frivolous whiplash claims when the industry has sought to fight these cases”. Citing a case from 2006, Mr Dalton said whiplash claims were “predicated on a court process that presumes that defendants will not obtain their own expert evidence and that the claimants are telling the court the truth”.

Mr Dalton also addressed questions about the impact of personal injury reform on insurance premiums – although the reforms may be at the very least delayed by the upcoming election.

He said statistics showed that over £1.2bn on savings were returned to customers after the 2013 LASPO reforms, with premiums falling by between £40 and £60 as a result throughout 2013 and 2014.

“However, as the market cycle started to harden and insurers started to experience inflationary costs pressures from a number of sources, premiums started to rise again.”

Mr Dalton said Aviva, Axa and LV= had publicly committed to passing on savings from the current reforms going through Parliament, but argued that the competitive nature of the insurance market meant that “when one insurer reduces their prices, others will follow suit or risk losing market share very quickly”.

He added that the impact of the discount rate cut would not prevent premium reductions, but they would come “from a much higher starting point”.