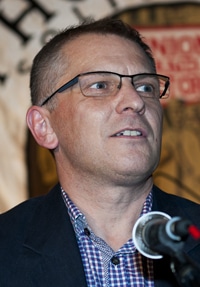 A new national marketing network of solicitors specialising in personal injury claims will be launched in the New Year with funding to spend more than £3m a year on television and internet advertising as firms come to terms with the upcoming ban on referral fees.

It comes as national firm Thompsons – which yesterday became an alternative business structure (ABS) – hinted at possible alliances with trade unions as it prepares for the ban and other civil justice reforms.

“First Personal Injury has a proven track record and we feel now is the right time to open the brand up to other firms,” Mr Jeffries said, explaining that it has weathered the ups and downs of the early years to bring in a consistent level of claims; the firm recently injected further cash into the business to prove that a greater advertising spend does result in an increase in claims – at the same time, media buying experts advise that increasing advertising dramatically does not deliver commensurate returns, he said.

The solicitor said the response from other firms has “exceeded our expectations”, with 12 signing up at £10,000 per rota slot per month. This means he has raised enough to close the panel for now. Enquiries will be handled by an independent call centre with cases allocated to member firms on a cab-rank basis.

The pooling of advertising resources gives firms a chance to punch above their weight and delivers economies of scale, Mr Jeffries said, claiming that First Personal Injury will be the second-largest not-for-profit solicitor marketing collective after InjuryLawyers4U – which recently reopened its panel.

Mr Jeffries expressed confidence that the model would not fall foul of the referral fee ban, with advice he has received from the Solicitors Regulation Authority emphasising the importance of member firms’ payments being for advertising services and at a market rate.

Meanwhile, Thompsons – the trade union firm with one of the country’s largest personal injury practices – adopted ABS status for itself and its subsidiary BBH (Legal Services) Ltd, to admit its finance director as a partner.

Chief executive Stephen Cavalier said that “in the long term it will provide an opportunity for other non-lawyers to become members [of the LLP]”, rather than to prepare Thompsons for April’s reforms.

He said the firm is “in discussions with its trade union clients about their responses to the costs reforms” – with the referral fee ban again a significant issue – and as a result may enter into “arrangements” with them. However, if Thompsons does establish “some form of partnership with one or more trade unions”, it would have to submit a fresh ABS application, Mr Cavalier said.

He said he was confident that Thompsons is “large enough and efficient enough” to come through the reforms strongly, although “clearly margins will be tighter”.

Given the straightforward nature of this application, the process of which began in January, Mr Cavalier expressed surprise that it had taken so long to process.