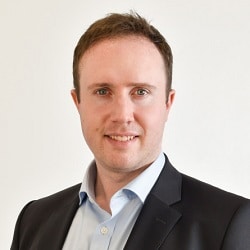 A north-west law firm has launched a referral scheme for other solicitors, against a national backdrop where the survival of networks formerly part of Pannone’s Connect2Law suggests the model is alive and well.

Myerson Connections, a scheme run by Myerson Solicitors, a 20-partner practice in Altrincham near Manchester, said it had nearly 50 law firm members so far.

In a statement, Myerson, which has doubled in size in the past five years, made a virtue of the fact of its small size: “Whilst the market for formal referral schemes has previously been dominated by large city centre law firms, Myerson Connections is now proving to be a market disruptor.”

The network, which in common with others charges no membership fee, said it was “very accessible and user friendly”.

Head of business development Chris Wilson said: “We find lawyers are attracted to Myerson because of our offering: a genuine partner-led service delivered by collegiate teams working together as trusted advisors.”

Referring firms receive 8% of the profit costs of the work and 15% of any conditional fee uplift, as well as a 10% discount for using Myerson themselves. The firm can choose for the client to receive a discount instead.

If the client then contacts Myerson directly about any other matter, “we’ll seek to refer them back to you”.

The firms can track their referrals and fees received via a web portal and app. Other benefits include newsletters and legal updates; training, seminars and events; “a range of fixed-fee services that you can pass on to your clients”; and assistance with practice management and compliance issues.

The scheme follows the proven model of a number of Connect2Law regional ‘hub’ firms which relaunched under their own brands following the demise of the Pannone scheme, when the firm was taken over by Slater & Gordon at the end of 2013.

Connect2Law was created in 2001 and at one time was the largest network in the UK, with more than 2,500 member firms.

One of them, West Midlands firm FBC Manby Bowdler, had 136 firms in its Hub.Legal network in August 2014. The number is around the same today, said partner James Knight.

He added that the scheme had not changed its offering. “If it’s not broken, why fix it?,” he asked.

“Members continue to find our training courses and professional indemnity insurance facility useful, but they really value that we are on hand to handle enquiries that they are not resourced or willing to deal with.

“It’s like a GP turning to a consultant, but also sharing the profit on the referral, if the member firm so chooses.”

He continued: “Hub.Legal remains a popular ‘department next door’ to its members because of the prompt service delivery assured by FBC Manby Bowdler’s Stellar Service policy, and that our systems can actively monitor our client non-poach assurance.”

By contrast, BUCKLESConnect, a former Connect2Law network, has grown ten-fold since it launched in April 2016 with 30 members.

It now has more than 340 member firms and offers specialist advice on French, Spanish and Italian law, alongside property litigation, family law and mediation. It has accrued more than £1.5m in fees.

Buckles partner Duncan Jackson, who headed the network at launch and is now the firm’s chief executive, said it had clients as far afield as Scotland and Cornwall and could draw on global contacts.

“It’s a question of capacity and providing a comprehensive service to clients. We continue to find that smaller firms provide the bulk of Connect referrals.

“A client may approach them with a private client issue, which they deal with, but who then also requires niche assistance with part of their estate in Spain, for example. That’s where we come in.”

He added: “Robust systems are in place to ensure that Buckles does not contact the clients of member firms directly or indirectly.

“Equally, Buckles does not accept instruction from those clients without prior approval from the referring firm.”

One former Connect2Law network that appears to have shrunk in size since its launch in October 2014 is that run by former regional hub Trethowans in Dorset, Hampshire and Wiltshire.

At launch its United Law network had 98 member firms. Now it has “over 60”.

United Law’s business development manager, Emma Sainsbury, explained: “We had a bit of a cull.”

Some of it was natural wastage, where firms had ceased to exist or partners left, she said.

She added: “We decided to focus more on working with the firms that engage with the scheme.”