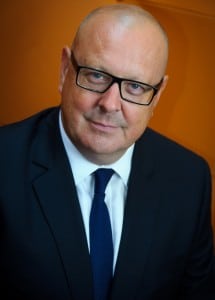 Tufnell: “massive change” in use of technology

Leading retailer Greg Tufnell, new non-executive chairman of innovative legal practice Radiant Law, has told Legal Futures that changed expectations among clients over pricing is one of the key elements driving disruption in the legal market.

As first reported on this site in March, Radiant Law applied to become an alternative business structure so as to allow Mr Tufnell, a former managing director of Mothercare and Burton menswear, to take a minority stake in the business. It has now been awarded its licence.

Mr Tufnell said that looking at the legal services market as an outsider, it did “not appear to have changed for decades, or even centuries”.

He compared changes in the legal services world to what happened in retail with the move to digital and mobile commerce.

“It’s the scale of change and disruption that leads to opportunities to be at the forefront and grow in this market.”

Mr Tufnell said changes in legal services were happening internally and externally. “Part of this is coming about externally, in the way customers perceive pricing,” he said. “It’s slightly more subtle than just fixed pricing – it’s a push for certainty, transparency and openness.

“Internally there is massive change going on in the use of technology and outsourcing, and in different aspirations for what people want to achieve in their careers. Is the hard march towards partnership still what drives everyone?”

Mr Tufnell said he was helping Radiant with elements common to all the businesses in his portfolio – delivery, strategy, product, financial discipline and cost.

Meanwhile, chief executive Alex Hamilton, who retains the majority holding in Radiant Law, said he expected the business to grow geographically in the next couple of years.

Mr Hamilton, a member of the New York Bar, described the US as “the natural place to look at” and the “best legal market in the world”.

He added: “We’ve got to go there, but we’ll have to change our name because NY firms have to be named after partners. I try and get over there as often as I can.”