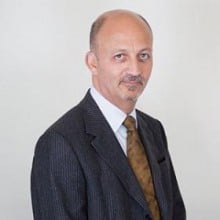 Quindell was the centre of renewed criticism this week over the grant of over 8m in share options to Richard Rose, the AIM-listed company’s new non-executive chairman, whose appointment was announced on Monday.

The news came as Gotham City Research – the US company’s whose highly critical report on Quindell sparked its massive share slide last year – indicated that it will shortly issue another report.

Most of Quindell’s stock market gains from Monday were wiped out on Tuesday, with a 19% fall taking the price to 86.25p.

Mr Rose 8.7m options vest at various stages over the next year, and are exercisable in traches at different share prices, ranging from 68.65p to 340p.

New vice-chairman and strategy director Jim Sutcliffe has been awarded 10.9m in options on the same conditions. Group CEO Robert Fielding, EMEA CEO Robert Thompson and North America CEO Tim Scurry have been awarded a further 12m options between them, vesting over the next three years and with an exercise price of 68.65p.

Tim Bush, head of governance at corporate governance and shareholder advisory consultancy PIRC, said the decision to award 8.73m options to Mr Rose had put him “right in the middle of a conflict of interest.”

Mr Bush went on: “The chairman of a company should be able to step back and say the way the executives are being paid is too risky.

“Generally share options have been discredited as a tool for remunerating managers. They don’t align the interests of managers and shareholders, because managers are not asked to put up any capital”.

Mr Bush described share options as a “one-way bet on the share price going up, with no downside hit for the manager”.

He added that Quindell’s shareholders should consider passing “several negative votes” on the issue.

The Quoted Companies Alliance’s corporate governance code, which applies to AIM-listed companies, draws a distinction between executive and non-executive directors.

The code states that paying the director of a company wholly or partly in shares does not “of itself” impair independence.

“However, since independence can be compromised, non-executive directors do not normally participate in performance-related remuneration or have a significant participation in a company share option scheme.

“On the rare occasion where performance-related remuneration is under consideration, shareholders must be consulted and their support obtained.”

In a further twist to the share option saga, Mr Sutcliffe is chair of the standards committee of the Financial Reporting Council (FRC). One of the responsibilities of the FRC’s standards committee is the UK Corporate Governance Code, a guide to best practice which does not, strictly speaking, apply to AIM-listed companies.

The code states that “remuneration for non-executive directors should not include share options or other performance-related elements”, but if “exceptionally” options are granted, shareholder approval should be sought in advance.

Neither Quindell nor the Financial Reporting Council would comment on the award of share options to Mr Rose.

Meanwhile, in a tweet on Monday, Gotham City Research said: “We have lowered our intrinsic value estimates for Quindell. We anticipate issuing a follow-on report in the not-too-distant future.”