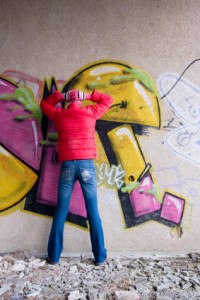 A key section of the final consultation on the Quality Assurance Scheme for Advocates (QASA) has been condemned as “misleading and inaccurate” by a member of the Bar Standards Board (BSB), amid controversy over advocacy standards in the youth courts.

At the BSB’s monthly board meeting last week, lay member Malcolm Cohen strongly objected to a passage in the draft consultation document which he said wrongly implied that complex criminal cases in the youth courts are currently undertaken only by higher level advocates.

The intervention came at a critical time since the BSB’s board and those of the scheme’s other sponsoring regulators – the Solicitors Regulation Authority and ILEX Professional Standards – need to approve the fourth and final consultation, along with the handbook and rules, within the next fortnight if QASA’s January 2013 launch date is to remain viable. The consultation paper is scheduled to be published on 9 July.

The paper recommends that youth court advocates should be at level 1 across the board – the same as magistrates’ court work – despite the fact that the court hears some cases whose seriousness would elevate them to level 3 advocacy if heard in the Crown Court.

In the previous consultation, it was proposed that all youth court cases should be set at level 2, a standard which QASA designates as appropriate for straightforward Crown Court cases. This threshold was dropped because it would mean that experienced solicitors who have operated for many years in the youth courts would be prevented from continuing unless they obtain higher rights of audience.

Dr Cohen’s criticism, based on 20 years’ experience as a magistrate at Barnet adult and youth courts, related to a passage in the consultation which says a level 1 standard of advocacy “more accurately reflects the skills required for the majority of advocates in the youth court”. It highlights the quality assurance safeguard that advocates have a professional obligation not to take on work for which they are not competent.

But it continues: “This means that more complex youth court work should continue to be undertaken by advocates who are accredited at a level higher than 1.”

Dr Cohen said the use of the word “continue” implied a status quo that was “just not accurate [and] factually wrong”. In part due to the low pay rates available, most of “those who practice in the youth courts are highly inexperienced barristers learning their trade and those solicitors who are willing to do it and make some form of living”, he said.

He raised the spectre of advocates found to be not competent under QASA to practise in the Crown Court nevertheless being able to revert to level 1 advocacy in the youth court. His attempts to convince the Joint Advocacy Group (JAG) to redraft the consultation had failed, he added.

In particular he had proposed the creation of a “level 1Y” and “level 1DV”, that would impose additional training requirements on youth and magistrates’ courts’ advocates whose work involved advocacy in youth or domestic violence cases respectively.

Dr Cohen’s misgivings were shared by several board members, although others felt the issue, while important, should not be allowed to derail QASA’s progress. Lessons learned from the Crown Court scheme could later be applied to the youth court, they argued.

BSB member Patricia Robertson QC said she could not understand why cases in the youth court were not designated “by analogy” the same levels as they would be in the Crown Court. Fellow barrister member Matthew Nicklin said youth court cases “by definition involve at least one vulnerable individual” and it was “in the public interest” that the BSB “think very carefully if it is right” that youth court work is practised at level 1. “I don’t think it is,” he concluded.

Sam Stein QC, the board member with lead responsibility for QASA, said that the application of a single funding band in the youth court “has an effect on people’s willingness and preparedness to take on these cases”. Many of the advocates were “very experienced solicitors” who would not be prepared to obtain higher audience rights. “Unless we’re very careful the danger is that we will be wiping out wholesale the very people who are actually carrying on a lot of the good work… in one stroke. That can’t be the right way to go.”

Mr Stein also cautioned there was no certainty that if level 1 advocates were excluded from working in the youth court, sufficient numbers of higher level advocates could be persuaded “to go to the youth court at the relatively low rates of pay compared to the Crown Court”.

Maura McGowan QC, the vice-chairman of the Bar Council, suggested that a “red flag” system, by which judges in the youth court could identify under-performing advocates to their professional body, would give some assurance of competence among level 1 advocates.

The BSB board meeting’s acting chairman, Sir Geoffrey Nice QC, attempted to build a consensus around the position that agreement would be sought from JAG that the youth court element of QASA will be reviewed, and reforms devised, ahead of the scheme’s two-year built-in review deadline – which is earmarked for July 2015.

But Dr Cohen insisted the offending section should be removed or else “the consultation will be open to attack because it’s just not correct”. He added: “If we’re going to consult with those words in the consultation document, it is misleading those who we are consulting.”

The board agreed that a final decision on the draft document would be taken in e-mails between the BSB and its board members.