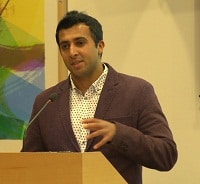 The new not-for-profit personal injury marketing collective that is looking to spend £12m in its first year [2] has gone live under two of its three brands.

Created by legal digital marketing agency mmadigital, the collective, National Injury Claimline (NIC), also says it has built technology that allows it to adjust its marketing on a real-time basis.

To date 18 law firms have signed up to NIC, but Mr Derry said he has decided to remove the 20-firm cap he had originally imposed so as to help grow the sites quickly given the uncertainty in the personal injury market at the moment. Though NIC is not for profit, mmadigital benefits by handling the digital marketing.

Leads are allocated on a cab-rank basis and the system tracks whether they are converted. If so, Mr Derry explained, it then creates algorithms that automatically adjust NIC’s pay-per-click (PPC) priorities to target more of the same types of claim.

“It’s always surprised me that the consumer legal services market hasn’t embraced technology as quickly as other sectors. We’re already seeing 60% of consumers turn to their smart phones when looking to make an injury claim and asking questions on live chat late at night.

“We’re investing millions of pounds on PPC advertising across 150,000 adverts and have full visibility of the consumer journey; giving us a competitive advantage.”

Mr Derry said he had also pulled his previously announced plans for TV advertising alongside the digital marketing, saying that at this stage it was “too risky”.