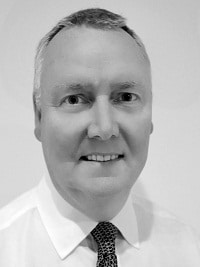 David Ashcroft, the new managing director of Optima Legal, has outlined his ambitions for the ABS to become a market leader in commercial property and debt collection services.

He said Optima, which secured an ABS license in May and is now part of outsourcing giant Capita, could use that relationship to come to the market with new services which were “genuinely different” from its competitors.

“If you think about the skills we have here, and the relationships we can leverage, I don’t see any reason why, in some things, we can’t take the lead,” Mr Ashcroft said.

“We’re not interested in being a ‘me too’ player. What we’re striving to be is a disruptive player in the market.

“The pipeline is not just through Capita. We are equally focused on growing our existing client base, and adding more value to the services we deliver to our blue chip clients.”

Mr Ashcroft said Optima Legal, and its subsidiary Cost Advocates, employed around 350 staff. Having decided to pull out of residential conveyancing earlier this year, he said the firm wanted to grow its commercial property services, including leases and rights of access.

On debt collection, he mentioned as an example of collaboration within the Capita group, the ability to work with debt collection agency Akinika and debt profiler Euristix.

Mr Ashcroft said investment from Capita had brought more support in terms of people and processes.

“It’s hard to imagine some of that could have happened without the involvement of someone outside the legal profession.”

He said the decision to move the firm’s head office from Bradford to Leeds provided Optima with a “much better operational centre” and was the best place to be for the legal services market outside London.

Mr Ashcroft worked on Optima’s ABS application in his role as transformation director.

He said much of the work needed during the application process was centred on preparations for the acquisition and business planning.

Mr Ashcroft added that the SRA required “quite a lot of information”, but that was a result of the “rigour of the process” and the “size and complexity” of the acquisition. Optima applied for an ABS license in September.