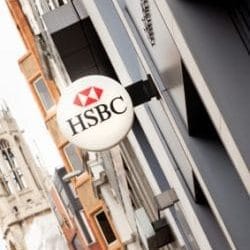 A cash flow crisis that led to payments to its consultants being withheld and they then leaving as a result caused the collapse of new-model law firm Cubism Law, it has emerged.

The alternative business structure (ABS) could not be rescued by a sale because it was too easy for its lawyers to leave, according to a report from its joint administrators at Quantuma published this week.

Cubism was part of the wave of dispersed law firms, providing back-office support, including 20 supporting solicitors, to 45 self-employed partner-level consultant lawyers. It was loosely based on a chambers structure, with the consultants paying 30-40% of their fees in return for the support functions.

It was set up in 2007 by Andrew Pena, formerly a partner at City firm Fieldfisher, and became an ABS in 2015. The following year, it launched a six-year academy for up to six students to qualify as solicitors through apprenticeships.

Quantuma reported that the firm began to experience cash-flow issues early in 2019 as the business model was not providing sufficient working capital to meet its day-to-day trading costs.

To support cash flow, Cubism took the decision to withhold part of the payments due to consultants, but this resulted in consultants leaving the firm, “which put further pressure on cash flow”.

The report continued: “The firm was unable to attract new consultants given the financial pressures and arrears to the remaining consultants.

“Steps were taken to try and sell the business; however, given that the consultancy agreements allowed the consultants to depart at short notice, there was no certainty from any buyer’s perspective that consultants would remain. As a result, a sale of the business as a whole was not possible.”

By the time the joint administrators were appointed, the firm had no live client files and all the consultants had left for new firms. They expect to recover around £480,000 in work in progress and debtors, with £165,000 going towards the costs of the administration.

Mr Pena named the firm after the art movement that breaks a subject down into its constituent parts in order to consider each part from different perspectives.