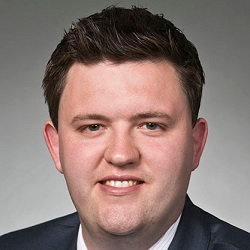 A litigation funder launched this week with £25m backing from a US private equity firm is targeting what its owner describes as a “niche within a niche” – cases worth up to £1m in the Midlands and the North.

Jack Bradley-Seddon, owner of Manchester-based Thaxted Capital, promised to offer clients “straightforward, Northern talk” on whether or not cases would be funded.

Mr Bradley-Seddon said “almost every” litigation funder was “London-based or London-centric” and though they covered cases further afield, Thaxted would concentrate only on the North East, North West, Yorkshire and the Midlands.

“We believe in straightforward, Northern talk. I’ve heard so many stories of people being messed around by funders and doing lots of work without getting funding.

In terms of case size, Mr Bradley-Seddon said there was no formal minimum, but he expected around £500,000 to emerge as the average.

He said a third way in which Thaxted was different was in its approach to charging.

This would be based on multiples of deployed capital and not linked to a percentage of damages, giving certainty, which was “very important”.

Funding decisions are approved by Sandton Capital Partners, the US private equity fund which will provide Thaxted with up to £25m to invest in cases.

Sandton has European offices in London, Paris, Madrid and Luxembourg, and specialises in investments of between £5m to £50m. It is also behind law firm consolidator AWH Solicitors, based in Manchester as well.

Mr Bradley-Seddon qualified at Freshfields Bruckhaus Deringer, before becoming an associate at the London office of US firm Akin Gump Strauss Hauer & Feld and then an associate at litigation funder Bench Walk Advisors.

He is joined at Thaxted by commercial barrister Justina Stewart, based at Outer Temple Chambers, who will help advise on cases.

Mr Bradley-Seddon added that he had received “lots of enquiries” since Thaxted launched on Tuesday.

In a separate development, a group of European and American business organisations, including the US Chamber of Commerce Institute for Legal Reform, European Justice Forum and Insurance Europe, have issued a joint statement calling for the European Union to adopt “sensible safeguards for effective oversight” of third-party litigation funding.

The statement said that more than 100 litigation funders were active in the EU, but litigation funding was “largely unregulated”, unlike other financial and legal commercial activities.

“The introduction of a profit-motivated third party into the traditional attorney-client relationship presents a host of ethical issues and other public policy considerations.

“Funders may prioritise their bottom-line interests over the interests of the claimants and can unduly influence the decisions in a case. Funders can also arrange to be paid first and take a disproportionate share of any award, leaving claimants who suffered harm with little or no redress.”