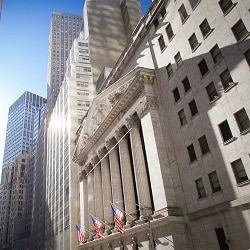 Leading alternative legal services provider Axiom Law is set to list on the New York Stock Exchange in what could prove the most significant move in the so-called ‘New Law’ market to date.

It announced that it has “confidentially submitted a draft registration statement” with the US Securities and Exchange Commission relating to a proposed initial public offering.

“The number of shares to be offered and the price range for the proposed offering have not yet been determined,” a brief statement said.

“The proposed offering is subject to, among other things, completion of the SEC review process and market conditions.”

Axiom, which is not a regulated law firm, has provided legal and consulting services to in-house teams in three ways: through ‘on-demand’ lawyers, an end-to-end outsourced service for complex legal processes, and project work.

It employs 2,000 people around the world, including in London and Belfast, and had a 2017/18 turnover of around £275m. A float has been talked about for several years.

But Axiom also announced yesterday that it has spun off two of its divisions into independent companies: Knowable, which provides contracts intelligence for companies, and Axiom Managed Solutions (AMS).

It said they would “pursue their own separate investment strategies in order to accelerate innovation and optimise growth”.

“Across the years, jointly innovating with our clients as a part of Axiom, we’ve developed the view that there are three fundamental categories of legal work,” said Brendan Nelson, Knowable’s head of product.

“Irreducibly complex legal work that only the most experienced and talented lawyers can do; repeatable work that requires experienced lawyers but begs for the scaffolding of purpose-built tools and process; and, finally, the kind of work that people should not do at all, because the learning, memory, and processing capacity of machines is simply better at it.

“Under Axiom’s brand umbrella, AMS and Knowable have built market leading businesses and solutions to address the second and third categories, respectively. This announcement recognises the benefits of focus.”

Chris DeConti, chief revenue officer at AMS, added: “Both Knowable and AMS require and deserve the sharpness of focus, capital, and leadership energy that come with being independent growth companies. Independence will also allow us to seize unique opportunities and better serve clients, with an efficiency of focus, dedicated management teams, and tailored investment strategies.”