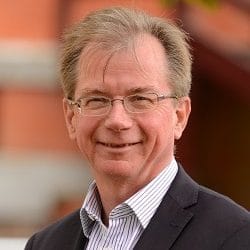 Bryan: Firms coming through the worst of it

New instructions have been running at about 70% of the pre-lockdown level over the past two and a half months, but there are definite signs of a revival, with conveyancing roaring back, new figures have shown.

Perhaps surprisingly, civil litigation has proven to be the strongest area of practice during lockdown.

Legal IT company Quill is giving free access to real-time charts [1] depicting instruction volumes by specialism. Called Quilldex, the benchmarking tool uses data about file openings from an anonymised, representative sample of its software users, who in all comprise some 7% of law firms across England, Wales and Scotland.

Quill calculated the average number of daily new matter openings in January and February, and rebased that average at 100% to allow for ongoing comparison.

The overall chart, which puts new instructions at about 70%, shows a slow upward movement through May and a significant spike last week.

Of the 10 practice areas that have been mapped, civil litigation’s graph showed above-average instructions from mid-April to mid-May, although they then started drifting downwards.

Conveyancing was going great guns before lockdown – well above 100% – and then cratered after, but there was still activity at around the 35% mark. Julian Bryan, managing director of Quill, suggested to Legal Futures that this was remortgaging work.

But the graph shows how quickly conveyancing has recovered since the property market reopened in mid-May, and it is now nearing the 100% mark.

Mr Bryan said other Quill data showed that instructions to move money for conveyancing clients were picking up significantly too, meaning that transactions were progressing.

Employment law, unsurprisingly, saw a huge spike immediately after lockdown as furloughing was introduced – with instructions up to six times the normal level – but fell significantly in April before beginning to recover last month.

Despite anecdotal evidence about how well private client practices have been doing during the pandemic, the chart records below-average instructions after a significant spike in March.

The data shows that, other than conveyancing, immigration and commercial were particularly badly hit practice areas, especially during April.

Mr Bryan said that, while firms were not yet back to pre-Covid levels, they were moving in that direction.

He was positive too about the resilience of the profession: “In the main, we’ve had fantastic government help – a lot of firms have battened down the hatches and they’re coming through it. We’ve seen one or two casualties, but they’re very much in the minority.”