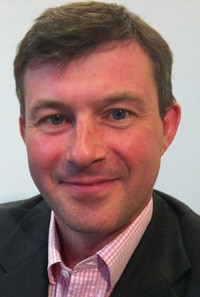 Welsh: lot of people interested in investing in the law

CompareLegalCosts.com, the ‘new generation’ comparison website that requires participating law firms and barristers to offer fixed fees, has announced a £500,000 investment in the full launch of the service next month.

The money for driving awareness and demand to the site, which was set up last September by solicitor Michael Welsh, has come from private investors to whom he said he would be able to “go back for more later”. He declined to reveal the total investment, save that it was “a big number”.

“There are an awful lot of people out there interested in investing in the legal sector,” he said.

Mr Welsh said the nine months since launch have been the ‘proof of concept’ stage and he will unveil the new-look website on 16 July. Once a user has submitted an enquiry, they will receive up to five fixed quotes within 24 hours from solicitors and barristers in either their local area, city or nationally, depending on their requirements.

The law firm panel has grown from 30 to around 100 firms, who currently pay a flat rate of £500 a year for membership; there are no referral fees involved. There will be a cap on the number of firms that can join once the site has reached a critical mass, Mr Welsh said. All firms are vetted before being accepted.

The £500 fee is “unlikely to change dramatically” once the site launches – and Mr Welsh is in any case offering firms a free three-month trial – and he indicated that the return for his investors will come from other sources. “We have interesting plans around other services for law firms and users,” he said, declining to elaborate further.

Some solicitors will baulk at the idea of competing purely on price, but Mr Welsh said: “They may not like to think that they compete on price, but in certain areas of legal services, the reality is that they have to.” He added that in his practice as an employment lawyer, “I made more money through fixed costs than I did charging by the hour. It’s not about cheap – it’s about certainty”.

CompareLegalCosts.com fared poorly in the comparison site mystery shopping exercise conducted by the Legal Services Consumer Panel earlier this year, with most enquiries not receiving a response. Mr Welsh said that was “early days” for his site and he has been in close contact with the panel during its redevelopment.

He committed to the site meeting the 20 best-practice standards that the consumer panel laid out in its report.

He said he was also encouraged by the Legal Services Board recently urging regulators and professional bodies to engage with comparison websites for the benefit of consumers.

Legal Futures revealed recently that the Law Society is now considering creating its own comparison website.