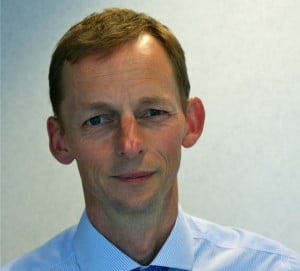 There is no problem with ethnic diversity on the Bar Professional Training Course (BPTC), new figures have revealed, with the number of students from Asian backgrounds increasing in recent years to the point where it almost equals the number of white students.

The figures also show that – with the Bar Standards Board (BSB) currently consulting on requiring prospective BPTC students to have a at least a 2:1 – the market is already making that distinction.

Although 366 BPTC students in the academic year 2013-14 had 2:2s, fewer than five started a pupillage within six months of completing the course.

According to the statistics, there were 722 white students on the BPTC course in 2011-12, compared to 484 describing themselves as Asian or Asian British.

Simon Thornton-Wood, director of education and training at the BSB, said that although there were no statistics on the issue, it was likely that a “significant proportion” of Asian candidates came from overseas “with the intention of practising overseas”.

However, he said that as total numbers of BPTC students continued to fall in the academic year 2014-15, “the most marked impact has been on white candidates, most of whom are from the UK”.

The figures also showed that white students were significantly more likely to receive an ‘outstanding’ or ‘very competent’ grade.

The statistics highlighted that it is extremely unlikely for BPTC students with lower second class degrees to secure a pupillage within six months of finishing the course.

In 2013-14, over 27% of BPTC students had lower second degrees – a total of 366. Six months after the end of the course, 55 students with first class degrees found a pupillage, and 53 with upper seconds. Less than five students with a lower second obtained one.

On lower second degrees, Dr Thornton-Wood said the BSB had always been careful to inform course providers about the prospects of finding pupillages.

“There is not a 100% correlation between standards on entry to the course and standards on exit. There may be candidates with a 2.2 who would do well on the Bar course. Students who have not done well at the university level can go on to a very successful career at the Bar.

“However, it may be that the publication of these statistics will have an impact on students’ decisions whether to have a career at the Bar.”

Dr Thornton-Wood said the BSB’s consultation on Future Bar Training [2] had received “very mixed views” as to the wisdom of raising the entry requirements for the BPTC course.

He added that the BSB intended to produce an update on the statistics, including the 2014-15 cohort, early next year.