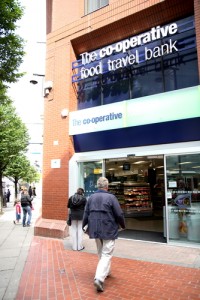 New entrants and alternative business structures (ABSs) have made their mark on the consumer legal services market by striking major affinity and partnership deals to win new business.

According to an in-depth study of distribution relationships in place for legal services in the UK, “fast-growing competitors” such as Parabis Law, Slater & Gordon, Quindell Legal Services and ACM – the claims management arm of BGL Group, which recently bought Minster Law – are among the most visible in the sector. All are ABSs.

The report also split the legal offerings into five distinct types of service – helplines, commercial, conveyancing, will writing and ‘other’ consumer legal services.

Amongst the key findings of the report were that, for ‘other’ consumer legal services such as employment, family, personal injury, and crime, major deals held by new entrants and ABS models made them highly visible in the analysis.

Finaccord’s Alan Leach said: “A lot of these relationships have been going for quite a long time, so they’ve not necessarily been started up as a result of the Legal Services Act and the advent of ABS.

“However, the legal services market is subject to a lot of change and many firms realise that they need to market a bit more proactively and start to look at creating these types of relationships.

“We did a similar piece of work in 2008 and the number of relationships has increased since then. One thing that is different now is the high profile ABS launches in the last few months with new entrants like Admiral Law coming into play in certain parts of the legal services market such as personal injury and motor insurance.”

“We’ve looked at who the legal services companies are with the most partnerships and a lot of them are traditional law firms that have been around for a long time – such as Thompsons, who have prominent ties with trade unions.

“But there are some other newer names created recently that have got one or two key relationships. You’ve got Quindell’s important tie-up with RAC and they are winning other contracts in the insurance sector. Parabis has been working for a few years with AA and Saga and are growing quite quickly.

“You can divide the legal services providers between the traditional ones and a number of different, aggressive business models.”

In the legal helplines and assistance sector, the report found that the leading provider was HR and health & safety consultancy Croner, mainly by virtue of its many relationships with trade associations.

In conveyancing, Thompsons is the provider with the greatest number of affinity partnerships, principally as a result of its strong links with trade unions, although eConveyancer, a trading style of United Legal Services, leads on a weighted basis.

Mr Leach explained that the report provided two separate methodologies to compare the number of affinity and partnership relationships.

One was purely on the total number of arrangements in place (unweighted), and the other used a formula to show the value of the relationships by according a weighting to the traffic ranking for each partner organisation’s website.

The breakdown of partnership organisations providing will-writing services showed that, whereas Brodies and Hugh James each had a 3.1% ‘unweighted’ share, because their partnerships are with major retail banks, the ‘weighted’ comparison put them both at 13.4%.

In comparison, Thompsons had the highest law firm ‘unweighted’ share with 20.6%, but this translated into a smaller 12.5% share through the ‘weighted’ conversion.

The ‘weighted’ rankings showed that Parabis Law (9%), The Co-operative Legal Services (6.1%), Irwin Mitchell (4.3%) and LawPack (3.5%) are more prominent in the will-writing sub-division because of the profile of their partnerships.

Mr Leach said it would be “reasonable to assume” that the number of affinity and partnership relationships would grow with the number of ABS approvals steadily rising, as well as joint venture initiatives from the like of Admiral.

He said the ban on paying referral fees could lead to PI firms considering partnerships as alternative ways to bring in work.

Other findings from the 191-page report included that more than a third of estate agency and property services firms have a system in place for offering conveyancing services, mostly in conjunction with a panel of external solicitors.

Further, more than 30% of organisations researched in five sub-categories offer a legal helpline or assistance in one format or another. The highest percentages were for trade associations (59.8%), insurance (40.3%), automotive associations (37.5%), and professional associations (37.2%).

In comparison, of the banks, building societies, universities, specialised lenders and estate agency and property services firms surveyed, none offer a legal helpline.