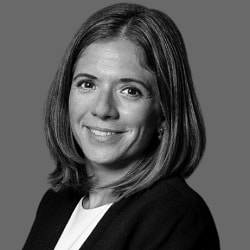 Edmunds: Taking control of her destiny

A family law barrister, together with the former chief executive of Sport England and the Lawn Tennis Association, are looking to shake up the Bar by adopting a corporate structure for their new chambers.

Lisa Edmunds is the chief executive of Unit Chambers in Liverpool, and her partner Roger Draper its executive chairman, who told Legal Futures that the Bar was being held back by its adherence to tradition.

Unit currently has three consultant barristers – self-employed and paying 10% of their fees towards the business – and has recruited three pupils, with plans to become the fastest-growing family law practice in the country.

Unit has an open-plan space in serviced offices and is paperless, with live time recording that is notified to the set’s fees manager at once, allowing fee notes to be submitted “within minutes of a hearing having concluded”, Ms Edmunds explained.

The plan is for the chambers’ holding company, Unit Law, to become an alternative business structure. “This opens the way to become creative in the way that we get work in and how we manage it.”

This would allow the business to employ barristers, pupils and even solicitors.

“One of our USPs is that we’re the only specialist family law chambers in the North-West. We’re keen to add to that USP by really driving forward ADR in the region through the lens of a barrister. It’s certainly growing at a greater pace in London.”

Business decisions will be made by the board; Unit is in the process of recruiting two independent members and may add an advisory board too.

Ms Edmunds stressed that members of chambers would still play “a critical role” in decision-making but through a more organised structure.

The barrister, who has been in practice for 18 years, said her longstanding concerns with “how chambers as a model has been and generally is being run” crystallised once the pandemic hit.

“When you are in a traditional chambers which is run by barristers who are very good at their day job but don’t have the toolkit needed in terms of structuring the business and being able to deliver on a business plan, all the critical decisions are having to be made by committee and it never works.

“I got to a point where I thought I’ve been in a number of traditional chambers and I haven’t yet identified one that shares my vision, so now may be as good a time as any to jump and take control of my own destiny.”

She said Mr Draper’s time in sports administration had been given him strong business credentials – he is now also a global business adviser to the Boston Consulting Group – and they decided to “pool our skillsets, qualifications and experience”.

Mr Draper described applying the principles of change management to the Bar as “fascinating” and warned that seven of the most dangerous words in business were ‘We have always done it this way’.

“As an outsider you can ask the simple questions,” he said. “How do you keep the tradition and move with the times? I had that running Wimbledon. There are a lot of things about history and tradition that can hold you back.”

Covid has accelerated the change process. “All of a sudden these chambers with big overheads are struggling. We took the view, ‘Why do you need these big chambers? Barristers are in court most of the day’. We need to be more flexible.”

He argued that the same principles of mapping the customer journey applied “whether it’s Starbucks or Unit Chambers”. He added: “You’re only as good as the results you deliver for your clients.”

Mr Draper anticipated that the number of Bar entities – as opposed to traditional chambers – would increase and that over the next five to 10 years, a “more integrated services approach will begin to kick in”.

He acknowledged this has long been predicted and not happened, but argued: “It will happen – there will be a tipping point.”

In the meantime they were “moving at pace” to achieve the goal of becoming the fastest-growing family law practice – “not just Unit Chambers but also Unit Law down the line as we expand the range of services we can provide”.