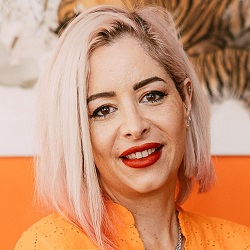 She explained that, when the pandemic struck Tiger Law – which is geared mainly to the commercial needs of SMEs – decided to take conveyancing “a lot more seriously” as a way of compensating for what was expected to be a slump in commercial work.

A chatbot was developed, initially used for terms and conditions and shareholders’ agreements.

Ms Challess said the decision was then made to apply “chatbot magic” to the initial stage of the conveyancing process and completion of a seller’s pack.

She said the chatbot, which uses plain English, did not raise issues which were irrelevant to the transaction and removed the need for the client to see the forms themselves.

“Instead of sending emails, the conveyancer or estate agent can sit back and watch the forms being completed.”

Ms Challess argued that there has been “a lack of innovation and support” for conveyancers, which, combined with high volumes, “has meant that the standards of client care have slipped. They don’t have the luxury of time for communication”.

She said the technology developed by Tiger Bytez was used by Tiger Law and sold on a white-labelling basis to other law firms.

Pixie Moves was set up to bring the “best bits” of technology from Tiger Law into a new business, where it could be used to “free-up fee-earners to communicate”.

Pixie Moves aims to reduce the length of conveyancing transactions by four to six weeks. Ms Challess said local search indemnities could be used to overcome the problem of delays in that area.

Tiger Law, based in Maidstone, would concentrate on the “more difficult” conveyancing transactions, along with commercial property and with a focus on buyers.

Pixie Moves was better suited to sales and would initially be offered to panel managers and estate agents rather than individual members of the public.

The ABS has a separate office in Wye, and separate staff and IT systems from Tiger Law. As a result, Ms Challess said the Solicitors Regulation Authority had confirmed that the two firms could act for different sides of the same conveyancing transaction.

Ms Challess added: “I’m a desperately impatient person. I saw something frustrating in front of me and the answer seemed to be obvious. I know how to improve this and I’m going to do it.”