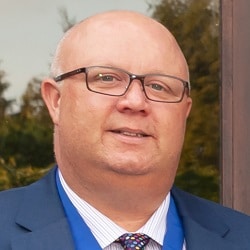 The new president of the Chartered Institute of Legal Executives (CILEx) has called for more action to ensure equality of opportunity for his members within the legal profession.

Matthew Foster, the 56th CILEx president, takes over from personal injury specialist Phil Sherwood and will chair the board of CILEx Professional, which is primarily focused on promoting the profession’s interests.

He said he was determined to see the organisation make its public voice louder still.

“I want to see us lobbying even more vociferously for changes to out-of-date laws that fail to give our members equality of opportunity within the legal profession,” he said.

“Whether it’s the ability to apply for higher judicial posts, international recognition under the EU Lawyer Recognition Directive, or the ability to sign or certify certain legal documents, I want to carry on the great work that has been undertaken under Phil’s presidency and push for change.”

Mr Foster has spent his legal career working in local government, first in public law, advising mainly on social care cases, and more recently in data protection, which he advises on in his current role at Wrexham County Borough Council.

He said his experience had provided an insight into the big issues affecting the justice system.

He says: “It is clear that years of austerity and underfunding have led to vulnerable people not getting access to justice, with individuals forced to represent themselves.

“I have seen those made homeless or faced with other housing-related problems, unable to access the legal advice they need, and a rise in unrepresented parties become an added burden on the courts service.

“This is a major concern for CILEx and an area where we continue to campaign and lobby the government.”

CILEx recently undertook a detailed review of its qualifications as it looks to develop new qualification pathways.

“Encouraging more people into the profession and developing a clearer, simpler, more integrated route to qualification as a CILEx lawyer are other key priorities,” Mr Foster said.

“As someone who left school at 16, CILEx has been a constant throughout my career. Without the education and support I have had from CILEx, I would have never been able to become a lawyer. I want to encourage others interested in becoming a legal career to consider the CILEx route.”