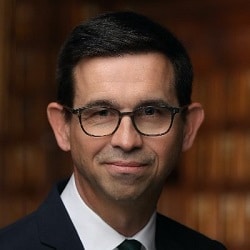 Hawes: Will look for offices in New Year

Crucible Law opens its doors virtually this week following the closure of predecessor set Charter Chambers in the teeth of the pandemic’s impact on the courts.

Neil Hawes QC, head of Crucible Law, said that with Covid-19 tightening its grip the new chambers decided not to lease a property this winter they were not “capable of using”.

Charter announced in August that it was closing on 30 October, citing the pending sale of its office building together with the impact of Covid-19 on the justice system and the government’s response to it.

Crucible was named to show that something good can come out of a severe trial.

Mr Hawes, who was also head of Charter, said 19 of its 38 barristers, and three of the six QCs, had joined Crucible, which specialises in serious crime, white collar crime, professional discipline and regulatory work. He said the other barristers had all joined other sets or retired.

He said Crucible was much more flexible and resilient than its predecessor in its ability to respond to the pandemic and had “internally done everything it could do” to withstand future challenges.

The QC said his criticisms of the lack of government support for the legal sector were still valid.

With barristers being paid only after cases came to an end and trials being now being listed for 2022, cash flow was becoming “very difficult” for many.

Mr Hawes said one of the reasons for Charter’s decision to close was to avoid debt after running at a “good profit” for three years.

He said this could become a problem for other chambers, such as those relying on government loans. He expected a “quite a lot of movement” by barristers over the next 12 months, from which Crucible could potentially benefit.

“One of the things we’re keen on is that we grow organically, as we need. We’re not looking to expand significantly very quickly.”

He said Crucible would need offices in the New Year for several reasons, such as the shortcomings of video conferences with clients, particularly in white-collar crime, where conferences could last for a whole day.

“It’s much easier to show clients documents when you meet them face-to-face, rather than by screen-sharing.”

Mr Hawes said video conferences focused on the work “in hand” and left no room for the kind of “side discussions” with clients that could prove important.

The social side of chambers, and the support barristers gave each other, were equally important, as digital working could become “quite demoralising”. He found virtual get-togethers were no substitute for the real thing.

He said that more than half of Crucible’s barristers (57%) were female and it would recruit “with an eye on the gender balance”, but social mobility was also a key factor.

Mr Hawes, who went to a state secondary school in Suffolk, recalled being told by a careers adviser that he might “at a push become a legal executive”.

The QC said he was not in favour of reducing the size of juries in response to the pandemic, since the Lammy review had highlighted their importance in terms of diversity and achieving “better and safer” outcomes.

Instead there should be more Nightingale courts to increase capacity. He said the use of Perspex in courts was also helping increase capacity, but there was a real threat to juries if the epidemic intensified, as it only needed one member not to turn up to delay trials.

Mr Hawes said he was optimistic for the future, following the creation of Crucible Law, with its “light and agile” structure.

“We’re more accessible than we were previously. We’re not in a situation where we can’t access people and people can’t access us.”