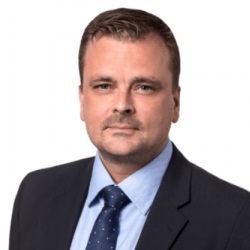 An alternative business structure (ABS) specialising in commercial litigation and arbitration and led by barristers has opted for regulation by the Solicitors Regulation Authority (SRA).

Barrister and director Rowan Pennington-Benton said Madison Legal wanted to offer clients the same protection as City law firms, while its structure opened the way for a possible partnership with a litigation funder.

“We want to offer direct to the public a dedicated litigation service provided by a team of barristers from beginning to end. The strategy is set and run from the start by an experienced team of court advocates.

“An ABS regulated by the Bar Standards Board was not quite what we wanted. We want to be fully out there in the market, competing with other litigation firms and offering the same level of protection as City law firms.”

Madison Legal’s core team is made up of three barristers and a solicitor-advocate who began his career as a barrister.

The firm’s managing director is Daniel Feetham, a dual-qualified barrister who divides his time between England and Gibraltar, where he is both a QC and MP. Both he and Mr Pennington-Benton are based at 3 Hare Court.

Mr Feetham qualified as a barrister In England and set up his own practice before moving to Gibraltar, becoming a partner at the largest law firm on the Rock and being awarded the title of Queens Counsel (Gibraltar).

Edward Miller, head of finance of administration, is the solicitor-advocate. He was called to the Bar before becoming a commercial law solicitor specialising in financial services, high value contract disputes, arbitration and trusts.

Darren Martinez, an associate barrister at Hassans International Law Firm on Gibraltar, has appeared at the Supreme Court there and helped draft Gibraltar’s Civil Partnership Act.

To keep costs down, he said the firm tried to be virtual where possible, using pay-as-you-go offices, support staff in England and Gibraltar, and bringing in QC as consultants in specialist areas, such as construction.

The barrister said the pandemic had helped the ABS, which was licensed in November last year, because it made the SRA “more open” to virtual firms with high-tech cyber security systems.

Although Madison Legal was “still finding its feet” and “not in any rush”, the structure opened up the possibility of a partnership with a litigation funder.

Mr Pennington-Benton said this could take the form of investment in the firm or case-by-case investment, at a time when lawyers “need to be creative” about how they fund litigation.

In the long-term, he said Madison Legal might also consider peer-to-lending or crowdfunding of cases, as well as offering the opportunity to buy shares to members of the public.

He added that the firm could offer advice on setting up ownership structures in the digital technology space and he was currently working with a UK-based company wanting to create and sell NFT [non-fungible token] artworks.