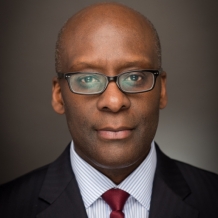 A barrister who worked as an advocate at City law firms has set up a niche commercial firm regulated by the Bar Standards Board (BSB), offering arbitration clients fixed fees.

Roger Kennell said Malvern Law would take advantage of lower overheads and the availability of QCs, junior barristers, freelance lawyers and paralegals to provide a “one-stop service” for arbitration and litigation.

“We’re in a climate where people are ever more conscious that legal fees are expensive, particularly for litigation, and are looking for ways to keep costs down,” Mr Kennell said.

“It’s not that they mind paying, but they want to have a bit of predictability about it.

“Lawyers have got away for quite a while with not being tied down to fixed fees and not having the risk of a case taking longer than we thought.”

Mr Kennell said fixed fees could be offered for different stages in an arbitration, such as pleadings or witness statements.

He said one advantage of fixed fees for a BSB firm, which cannot directly hold client money, was that they could be treated as payments in advance and so avoid that problem.

He said having a “competitive and flexible” approach to fees, including lower hourly rates and the use of conditional fees, could encourage larger law firms to refer work to Malvern Law.

“Law firms need big cases to pay their bills. If they can’t make it work on fees with the client, they can refer work to us.”

Mr Kennell, who has litigation rights, said clients could also directly instruct him as a direct access barrister.

For larger cases, he could bring in QCs, junior barristers, freelance lawyers or paralegals.

Mr Kennell’s wife Katherine, who is also a barrister, is involved in the management of Malvern Law, which is based in Malvern, Worcestershire.

After being called to the Bar, Mr Kennell completed his pupillage at 7 King’s Bench Walk, a commercial set of chambers, followed by two years at what was then Stone Chambers, a shipping law specialist.

From there he worked in-house at the French law firm Gide Loyrette Nouel for four years, followed by over six years at US firm Brown Rudnick, where he was a partner until this month.

Mr Kennell said that his experience at City law firms involved “trying to fulfil the solicitor and barrister role”, and doing his own advocacy where possible, without the need for self-employed barristers.

He said being regulated as a firm by the BSB was “pretty painless”, the staff were helpful and the process took just under four months.

In a separate development, Stone Chambers has become part of London-based multi-specialist barristers’ chambers The 36 Group, which as a result now has over 140 members, including 20 QCs.

Stone Chambers – to be known as 36 Stone – adds to its existing three divisions covering civil, family, and crime, also adds a Singapore office to international practices in Dubai, Delhi, Dublin and Johannesburg.

Joint head of chambers, Richard Wilson QC, told Legal Futures that the group was “looking to develop high quality ADR services” and to “acquire strong brands across specialist areas of law that is aligned with skills traditionally associated with barristers”.