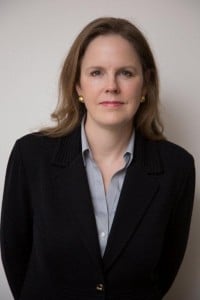 The current arrangements for the regulation of barristers are “relatively cost-efficient” and there is no need to make the Bar Standards Board (BSB) fully independent, the incoming chairman of the Bar Council has said.

Responding to Treasury plans to make the legal regulators fully independent of their representative bodies, Chantal-Aimée Doerries QC queried whether it was “the right time to consider reform”.

Ms Doerries, an international dispute resolution specialist and arbitrator, said the current regulatory regime had only been in place since 2007.

“The Bar’s front line regulator is well able to regulate the profession in the public interest and to meet the statutory objectives.

“It does so, as Nicholas Lavender QC said a year ago, because the Bar Standards Board has a good understanding of the particular environment in which this profession operates, but their decision-making is independent of the Bar Council.

“The current arrangement allows regulation to be carried out in a relatively cost-efficient manner and is no less independent in its decision-making.

“I have not always agreed with the regulator’s decisions, but that, perhaps, only serves to demonstrate the independence of the decision-making process.”

“The rule exists to ensure that anyone can access a barrister no matter how unpalatable the case. I first saw this in practice when, as a pupil, I was working on a case where the silk I was assisting was representing a religious sect in judicial review proceedings.

“His own feelings, or beliefs, did not come into play – they were simply irrelevant to his approach to the case.

“This strong and ingrained commitment to representing clients irrespective of their beliefs is at the core of why our justice system is admired across the world.

“It is taken for granted too easily here at home. Only recently, I was speaking to a group of young lawyers from North America about the cab rank rule when one of them asked me whether I was saying that a barrister who was Catholic could not refuse to represent a client whose religious beliefs, or lack of them, were offensive to the advocate.

“To her evident surprise, I answered yes. In short the rule reflects the profession’s belief that every client, however unpopular, deserves representation and that it is the client who chooses the lawyer, and not the lawyer who chooses his or her clients.”

Ms Doerries said it was “strange indeed” that in a climate where there was ring-fencing of the budgets of some government departments, that the Ministry of Justice did not have the benefit of this protection.

“Where a central motivation in reforming the provision of legal services is the reduction of price, there will be a substantial risk that quality is reduced, and reduced below an acceptable standard.”

“The cuts to legal aid fees which the Bar, and solicitors have endured, together with the withdrawal of legal aid for most social welfare and family cases, the introduction of criminal court charges on a non-discretionary basis and the increase in civil court fees have severely affected our justice system.

“I should acknowledge that the Lord Chancellor last Thursday announced that the government has abandoned the criminal courts charge, and we welcome this.”