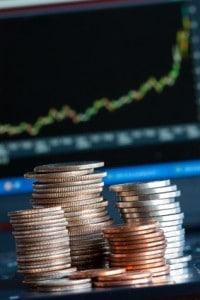 Quindell Portfolio and Abbey Protection, AIM-listed companies which both received their alternative business structure (ABS) licences last month, have reported that their 2012 results are looking good.

Quindell, which offers outsourcing services in the insurance and telecoms sectors – and has bought up three law firms in the past year among a raft of acquisitions as it builds its offering to insurers – said that, subject to audit, revenue is expected to be approximately £165m, with adjusted EBITDA (earnings before interest, tax, depreciation, amortisation and exceptional costs) of approximately £47m.

The figures include those of the law firms for the period during which they were in partnership with Quindell.

The group said trading at the start of the new financial year has “continued positively with pipelines and pilot revenues at record levels”, and the Jackson reforms in April “driving demand”.

Quindell said it continues to be approached by prospective acquisition targets. “However, our focus at this point remains on delivering on the existing organic opportunities, with any material acquisitions only being considered where they are significantly earnings enhancing and any resultant equity issue is at a significant premium to current share price,” it told investors in a statement.

Chairman and chief executive Rob Terry said: “During 2012 Quindell has demonstrated the value of its unique offering for the UK insurance market.”

Abbey Protection, which supplies legal and professional fees insurance and services products, announced that it expects its results for 2012 to be in line with market expectations.

Chief executive Colin Davison said: “We are viewing 2013 with cautious optimism and expect that the underlying strength of our core divisions (Abbey Legal and Abbey Tax Protection), coupled with a trading subsidiary being granted an ABS licence from 1 January 2013 – allowing us to offer a wider range of legal services –  will enable continued growth in the group’s profitability.”