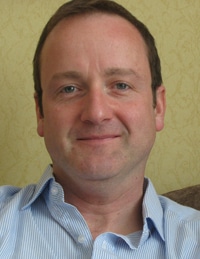 Significant numbers of new advocates are “weaker than might be hoped on basic knowledge” of ethical rules, a major report has found.

The report, commissioned by what is now the Inns of Court College of Advocacy, also found that ethics training before and after qualification was “insufficiently robust or frequent to enable confident ethical practice amongst new advocates”.

Assessors were scathing in their criticism of the weaker performers, describing some new family advocates as “verbose… seat-of-the-pants… pragmatic and occasionally incoherent and woolly”.

Another family advocate was “badly wrong on two issues and vague and generalised on two others” while another was “positively [and sometimes very badly wrong] wrong and sometimes self-contradictory”.

The assessors, who were all experienced advocates, criticised the worst quarter of new civil advocates for “admitted ignorance” of their code of conduct and “making clearly wrong decisions – alongside the more familiar problems of prevarication/indecisiveness, being vague and failing to arrive at clear answers”.

In-house lawyers, many of them from the Government Legal Service, were not spared by the assessors, with the poorest third appearing to “lack knowledge of, or the ability to work with, key principles/core duties and rules/outcomes”.

Criminal advocates, meanwhile, took “diametrically opposed” approaches to the problem of an undisclosed conviction, one resorting to the “questionable” practice of informally tipping off the prosecution because they thought it in the best interests of the client for it to be known about.

The research, carried out by the University College London Centre for Ethics and the Law and with Professor Richard Moorhead as lead author, found that 69 out of the 76 advocates who took part in detailed interviews had training needs.

Researchers contacted a total of 256 barristers, 81 solicitors and nine chartered legal executives – all of them within three years of getting a full practising certificate if they were barristers, an advocates’ certificate if CILEx members or higher rights qualification if solicitors. All of them took part in an online ethics survey.

Researchers admitted they did not recruit as many solicitors as they hoped, while the number of CILEx advocates was too small to be significant.

The report found “some difference in values” associated with different work types but “little or no difference when comparing barristers and solicitors, save that barristers valued power more”.

Those performing well “demonstrated a strong knowledge of professional principles and rules and confidence in their application of those rules and principles to the problems we posed to them.

“Such high performance was rare; even amongst the best interviewees there were generally some, albeit occasional or more minor, weaknesses on some questions.”

While there were concerns about the quality of vocational ethics training, participants told researchers that the professions needed to concentrate on improving ethics training from the time of pupillage or traineeship.

Overall those assessing the interviews found that a half performed “well or reasonably well”, a third performed well “only about half the time”, while the rest generally performed poorly.

“Significant proportions” seemed to be “weaker than might be hoped on basic knowledge of the rules”, while “the concern must be that the foundation laid during the BPTC/LPC, and the reinforcement of that foundation during pupillage/training contracts and post-qualification training is insufficiently robust or frequent to enable confident ethical practice amongst new advocates”.

The report added: “Where ethical problems give rise to areas of genuine differences of opinion, those differences need to be confronted, and the professionally principled alternative ways of dealing with them articulated.

“That senior practitioners may be visibly disagreeing but then glossing over that disagreement in some training is not conducive to learning. Some subsets within the profession (notably in-house and family lawyers) felt the lack of tailored courses limited the utility of the training for them.”