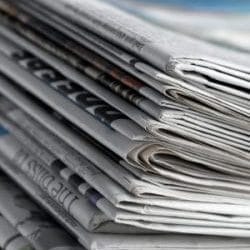 The new rule that prohibits solicitors from making unsolicited approaches to members of the public is not a blanket ban on all advertising, the Solicitors Regulation Authority has clarified.

Rather, it is a ban on targeting members of the public individually, it said.

It has had to issue guidance on paragraph 8.9 of the Code for Solicitors, RELs and RFLs, which only came into force on 25 November as part of the new Standards & Regulations.

This says: “You do not make unsolicited approaches to members of the public, with the exception of current or former clients, in order to advertise legal services provided by you, or your business or employer.”

Paragraph 7.1 (c) of the code of conduct for firms replicates this provision.

The guidance said these rules “prohibit unsolicited approaches to members of the public which, even if permitted by law, may feel unwelcome or intrusive”.

It explained: “This means you cannot make direct or specifically targeted ‘approaches’ to members of the public in person, by phone or via other means which target them individually.

“In all cases we expect you to give particular weight to the circumstances and position of the person contacted.”

The guidance clarified that solicitors were allowed to advertise their services to the public so long as it was done in “a non-intrusive and non-targeted way”.

It explained: “This means, for example, that you may place an advert on the radio or TV, on billboards, in a local newspaper, online or on a social media platform. None of these would be considered to be intrusive as they do not constitute approaching members of the public on a targeted or individual basis.

“Sending leaflets to people’s homes is allowed, but only under specific circumstances whereby the distribution could not be considered to be targeted – for example you may send leaflets to all homes within a large geographic area, but may not selectively distribute leaflets to only specific homes or individuals based on wider information you know about them.”

An example of prohibited advertising would be a firm identifying from online media a list of people who have recently been involved in a major road traffic accident and sending them a letter saying that it could help them claim compensation.

“We would consider this a breach of our standards as it involves a targeted approach to specific members of the public which may feel intrusive to those who receive it due to the particular circumstances that they find themselves in.”

Meanwhile, the Financial Conduct Authority (FCA) has issued a claims management company (CMC) with a £70,000 fine for misleading advertising in its first enforcement action since taking over their regulation.

However, it was simply enforcing a decision originally made by its predecessor Claims Management Regulator that was then subject to an appeal; this was eventually dropped after the FCA took over.

Professional Personal Claims’ (PPC) websites and printed materials prominently used the logos of five major banks, which the FCA said was liable to mislead consumers into believing they were submitting redress claims for mis-sold payment protection insurance directly to their banks.

Mark Steward, executive director of enforcement and market oversight at the FCA, said: “CMCs have an important role to play in helping to secure compensation for their customers. This is especially true in the case of those consumers who might not otherwise make a claim.

“PPC’s misleading website and marketing material suggested PPC was associated with the five banks when this was not the case. Claims management firms must ensure their advertising is accurate. Not only in terms of what they say about themselves and their services but also in terms of what is represented.”