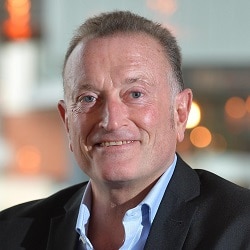 A litigation-focused legal and accountancy alternative business structure (ABS), which opened for business earlier this month, is set to benefit from an “explosion” in contested probate cases.

Zep Bellavia, managing director of Newport-based Bellavia & Associates, was managing partner of Harding Evans, also based in Newport, for 20 years and oversaw its growth from around 20 staff to over 130.

“It’s about quality now, not quantity,” he said. “I’ve done the quantity. I can deal with the people I want to deal with now.”

He is joined at Bellavia & Associates by Caroline Walker, an accountant and his partner at the firm, with her own portfolio of companies.

Mr Bellavia said this enabled him to offer business clients a “one-stop shop” and clients liked getting a combined service from people who understood their business.

He described debt recovery and enforcement as the “meat and drink” of the business, combined with other commercial services, professional negligence and some family-related work for clients going through a divorce or cohabitation dispute.

But contested probate was a fast-growing area of practice, as there was “more for people to scrap over”, with rising property prices in the area and longer lifespans.

“All sorts of travesties take place,” he said. “It is often a lot more subtle than the question of mental capacity. It normally involves people trying to manipulate an older person into changing their will.”

Mr Bellavia said the internet encouraged people, rather than accepting a will, to search and try and find ways of challenging it.

He said the firm would launch a marketing push next year, when its brand-new building was fully complete, and recruit more staff.

He added that later this month, the tolls on the Severn bridges would be abolished, giving another boost to the regional economy.

Mr Bellavia said Brexit meant “business as usual” for most of his clients, with two companies saying recently they had full order books for the next year.

“There’s not the same panic here as in the media,” he said. “At the same time, nobody is rushing to make decisions.”

Mr Bellavia said that if Brexit happened it would be important for the “Western Powerhouse” of Bristol, Bath, Newport and Cardiff, to lobby on its own behalf.

“Brexit is not expected to have such an impact here as elsewhere in the UK.”