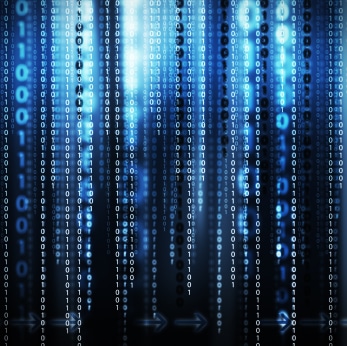 An online legal advice website has created an artificial intelligence-backed (AI) robot that it claims has been trained to answer natural language questions on consumer rights law using one of the world’s largest law Q&A datasets.

Currently based in Russia, the AI robot is due to be rolled out internationally next year.

Its developers said that access to data to train the robot was holding back its entry into the UK legal services market, and that it was searching for a partner in this country.

A team of up to 30 lawyers has helped to train the robot in a testing period involving answering more than 2,500 questions and using a dataset of 100,000 legal questions and answers.

Pravoved.ru (translation lawyer.ru) is the brainchild of a Russian former lawyer, Valery Meshkov. The website, which offers access to thousands of Russian lawyers for paid services, says it offers limited free legal advice based on a robot built using ‘neural network’ technology.

The robot – which is claimed to be far more sophisticated than a chatbot – is expected to expand its range to family law later this year.

Mr Meshkov told Legal Futures that the next areas of law in his sights were “employment and labour law, housing, bank law and mortgage”, with “other popular branches of law in the next few years”.

He reported that his website “marketplace” had been created by a team of 15 developers, while the robot was built by a project team of six “who developed the architecture of a neural network and trained it”, assisted by a team of between 20 and 30 lawyers who helped “mark up the data”.

Mr Meshkov said he had run a successful law firm serving small businesses by providing arbitration services. But in 2010 he gave it up to become an IT entrepreneur in partnership with a school friend.

He said that after six years of aggregating data on his website, he realised “that as people have common problems, most questions are similar [and] thus answers could be automated”.

International expansion was limited by access to legal data, he said: “The major barrier in working with other languages is not the different legislation but a dataset of questions for lawyers.

“In our opinion, in Europe and the UK legal consultations are mostly done offline or via ‘phone and in [private]. That is why it is hard to start training algorithms.

“We are not aware of companies in Europe or the UK which own large datasets of legal advice texts. If such were found, we would be glad to cooperate with them on the… automation of legal advice.”

Mr Meshkov explained that lawyers worked closely with the robot in the testing phase, adding: “There is an active supervised learning process. All the answers of the robot are checked by human lawyers…

“Lawyers mark whether the robot responded well or poorly. We use this data to train the neural network and improve the quality, and closely monitor customer feedback.

“We take into account reviews on quality from lawyers, not from clients. This is the [key] feature of training our neural network.”

He said his robot was better suited to legal enquiries than most chatbots. “Chatbots based on vocabulary will never understand a user’s question if he or she uses different words [and so] do not fit the legal industry…

“Neural networks work much better with long texts formulated in a natural language, such as requests for legal advice.”