Neuberger: legal education and training review may be fatally flawed 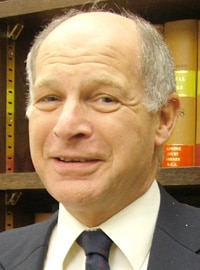 Neuberger: LETR should not lead to fusion

The Legal Education and Training Review (LETR) may end up “unbalanced or worse” because it has incorrectly identified its purpose, the president of the Supreme Court warned last night.

Lord Neuberger also questioned the need for root-and-branch change to the traditional route to qualification, saying “the present system is one which produces many high-quality lawyers, and radical reform may pose a threat to that”.

Giving the set-piece Upjohn Lecture to the Association of Law Teachers, the judge criticised the LETR’s particular focus on addressing two of the eight regulatory objectives in the Legal Services Act 2007: to protect and promote the interests of consumers and to ensure an independent, strong, diverse and effective legal profession.

“I am afraid that that is not a good start… By singling out two of the regulatory objectives in this way, the review team may well have provided themselves with a deformed theodolite through which to survey the field. Its report into the case for reform may therefore be unbalanced or worse.

“Any proper assessment of the case for reform must primarily take account of what I would suggest are the two fundamental regulatory objectives specified in the 2007 Act: the need to protect and promote the public interest, and the need to support the constitutional principle of the rule of law.”

While suggesting “targeted” reforms – such as mandatory skills requirements during the law degree – Lord Neuberger said he would take “a lot of persuading that root-and-branch reform is needed. It seems to me that such reform is normally expensive, disruptive, morale-undermining, and, courtesy of the law of unintended consequences, productive of a host of unexpected problems”.

This meant he opposed the idea of moving to the US system where there is no vocational training before qualifying, while he also wondered whether the idea of common training for all law students is “one of those seductive ideas, which has the attraction of simplicity and novelty, but which, when implemented, makes one realise, all too late, what a valuable system has been lost, and how much more sensible it is to make small practical changes rather than grand gestures”.

He said there may well be a strong case for more radical reform of the legal practice course (LPC), “but that is no reason for subsuming into a new LPC the BPTC [Bar professional training course]. First, the BPTC has been overhauled recently; secondly, if significant change is needed to the LPC, it strikes me as probably unwise to overload the change agenda with a substantial and unnecessary additional feature”.

He added: “I consider that the review should not seek, or appear to seek, to unify solicitors’ and barristers’ training as a means of achieving fusion of the two professions.”

Lord Neuberger also called for work to build on the chartered legal executive route into the profession, “which appears to me to be a good model”. It also helps with increasing diversity, he noted, but separately cautioned against the legal professions becoming “the whipping boys and girls to whom the government transfers the blame for the inherent inequalities and dysfunctionalities of society”.

During his speech, the judge hinted at concerns about the way the legal market is developing: “A vibrant, independent legal profession is an essential element of any democratic society committed to the rule of law. It is not merely another form of business, solely aimed at maximising profit whilst providing a competitive service to consumers.

“I am far from suggesting that lawyers ought not seek to maximise their profits, or ought not provide a competitive service. What I am saying is that lawyers also owe overriding specific duties to the court and to society, duties which go beyond the maximisation of profit and which may require lawyers to act to their own detriment, and to that of their clients.”