Neuberger: Convention that ex-judges cannot give legal advice is over 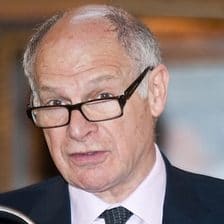 Any convention that former judges should not advise clients after they retire from the bench has come to an end, the ex-president of the Supreme Court has suggested.

The news came with a call from a leading legal ethicist for “more careful public consideration” of whether this should happen.

The issue has come to the fore after Lord Neuberger’s role in the sub-postmasters’ group litigation became public.

In 2019, the Post Office applied for the trial judge, Mr Justice Fraser, to recuse himself.

Lord Grabiner QC was brought in to make the application and told the court: “I am not the only judicial figure or barrister that has looked at this… It has also been looked at by another very senior person before the decision was taken to make this application.”

Fraser J refused the application, and Lord Justice Coulson refused permission to appeal in a scathing decision, which said, on this particular comment: “Such a comment, presumably made in terrorem, should not have been made at least without proper explanation of its relevance.”

Neither the nature of the instructions nor Lord Neuberger’s advice have been made public, but in a blog on Legal Futures earlier this month, Paul Marshall – a barrister who played a key role in the case for the sub-postmasters – said that while it could not be said the judge’s involvement was improper, “that is not the same as to say it is not objectionable”.

Richard Moorhead, professor of law and professional ethics at Exeter University, wrote today on his blog that, had the recusal application succeeded, it could have led to “serious injustice” given the role of Fraser J’s substantive ruling in the later decision to quash the convictions of dozens of sub-postmasters and the creation of the current public inquiry.

“We do not know how much of this [Lord Neuberger] was aware of, but he would or should have been aware of the Bates litigation itself if he was properly instructed,” he continued.

“Lord Neuberger has not confirmed whether he advised (although Post Office have), whether such advice was remunerated, and what he did know about how such advice would be used.

“It’s possible, for instance, that this was an informal, second opinion kind of chat with limited or informal instructions or an advice on a narrow point (such as, in what circumstances can one recuse a judge mid-trial).

“However it arose, any advice had the potential to influence the decision of [Post Office Ltd] and the course of the case itself. Giving it was a big deal. There could have been very significant consequences.”

Contacted by the academic, Lord Neuberger was not willing to talk about the specifics of the case, but did comment on the broader issue of former judges giving legal advice.

He said: “When I retired from being a judge in 2017, as I was about to reach the mandatory retirement age, I was keen to carry on work. I did not apply to become a barrister again.

“But I thought it would be appropriate to take on work as an arbitrator and mediator, as well as giving occasional legal advice.

“If there had previously been a convention that former judges would not give legal advice, I believe that it had fallen by the wayside by 2017.”

In 2006, a Judicial Council working party said, that while there was no binding prohibition on judges returning to legal practice, there was an unwritten convention by which “many, perhaps most, full-time judges regard themselves as bound”.

In 2013, the Guide to Judicial Conduct said that a former judge could not return to private practice, act in any court as an advocate, or “offer or provide legal advice to any person”.

By the 2018 version, however, the references to not giving advice or returning to practice had gone.

“Whatever the regulatory status, they are almost always likely to be regarded as giving advice, in part, as a former judge. The public perception here is important; and we have had a flavour of how the courts seized of the Bates case saw it.

“What I think is also certainly worthy of note is that, unless I am mistaken, the convention has been abandoned quietly rather than publicly and without reasoned justification.”

Professor Moorhead said the change merited “proper attention”; not least, he said, “some thought might go into what principles should govern when advice on cases can be given”.

“It is an area that falls into something of a regulatory black hole too, advising (but not ‘in practice’) offering services from a barristers’ chambers as an arbitrator and legal expert falls outside of the normal ambit of legal service regulation and judicial conduct: should it?

“Whatever the answer to that question, the reasons for allowing arbitration work are well known and rehearsed; the reasons for ex-judges providing legal advice are not, and the existence of any sensible limits on the practice are not discussed at all anywhere I can find. Perhaps that should change.”