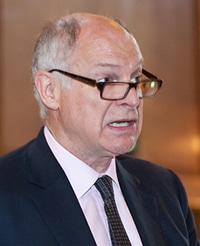 The president of the Supreme Court, Lord Neuberger, has backed calls for single legal regulator, while accusing the Legal Services Board (LSB) of adding to cost and confusion.

Meanwhile, he emphasised the “special position” in society held by lawyers, and raised concerns over the consequences of the liberalisation of the legal market.

Delivering a speech in Belfast last week, Lord Neuberger aligned himself with the Lord Chief Justice, Sir John Thomas, who gave a speech to solicitor-advocates in London the previous day, in which he called for a single legal regulator in place of the multiplicity of regulators.

Lord Neuberger said the present “convoluted” patchwork of regulation “leads to more expensive regulation and more lawyers’ time consumed in regulatory compliance”, and argued the existence of multiple regulators was “quite possibly unsustainable”.

He floated the idea of “a single regulatory body for legal services with a number of discrete divisions: litigation, advocacy and advisory”, but concluded “a single regulatory approach would perhaps be better”, because different types of lawyers moved “more flexibly than previously between different regulated activities”.

He took a swipe at the LSB, which he said “is meant to simplify things, but inevitably makes things more confused and more expensive”. It was inevitable, he argued, that “if you have a regulatory supervisor, it will… find supervisory actions and other initiatives to justify its existence and increase its powers”.

Lord Neuberger added that while regulation of lawyers was necessary, “we should not be obsessed with it”. It was “only a control on the means, not the end” and ultimately what really mattered was “the quality of legal advice and representation”.

He acknowledged the “open question” of whether fusion between the professions would occur. But he said that if it happened – and he was neither advocating nor speaking against it – fusion would not be the end of independent barristers.

He observed that in countries which have a single profession, there were still specialist advocates. “Expertise and specialisation will always be needed. I think this point highlights a subtle distinction which the independent bar in jurisdictions such as ours sometimes seems to affect not to appreciate.

“A fearless, independent, and outspoken group of specialist advocates can exist and thrive perfectly well within a larger, single legal profession: it does not need to be a separate profession.”

Expressing reservations about market reforms, Lord Neuberger explained that while he hoped liberalisation of the legal market would increase competition and lower the cost of legal services, “I certainly have concerns, not least because of that most reliable of virtual statutes, the law of unintended consequences”.

He cautioned that reform “in the name of consumerism” must not lead to “legal advice and representation, which is not properly independent, or which is second rate – or worse”.

He issued a strong defence of legal practice as a profession with a “context not shared by other occupations” and lawyers occupying “a special position in society” because of their position of being “responsible for the rule of law”.

He continued that lawyers’ duty to society was “of a greater order than the duty owed by other professionals in the commercial or quasi-commercial world”, and argued that “access to justice cannot be equated to any other consumer commodity”.