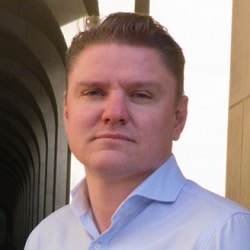 Jones: Looking to take advantage of our international connections

A Manchester law firm taken over last month by an international network of professional services firms is looking to buy a London practice as its first post-acquisition move.

Glaisyers has opened an office in London with existing staff and is currently looking at buying a niche firm bringing in new skills to the practice.

Last month, Glaisyers was acquired by a consortium led by ETL Group, which describes itself as an integrated global advisory network combining tax, legal, audit and accounting services and generating around £800m in revenue.

It takes a majority stake in the network firms and already has six accountancy practices across England and Wales, two of which are in London.

David Jones, head of litigation, told Legal Futures that the acquisition would probably be a niche firm with skills Glaisyers did not currently have, such as intellectual property and or a “high-end large financial matters family practice”.

“It will not just be a London version of what we do here [in Manchester].”

He added: “Establishing an office in London allows us to support the requirements of the international clients we are now working with.

“We will also be looking to take advantage of our international connections by working with other companies across the ETL Group who are based in London.”

Mr Jones, who along with fellow former Kuits partner David Marlor invested alongside ETL Group, said however that the accountancy firms were not required to refer all legal matters to Glaisyers.

The firm also said the London office would look to work with multinational companies in Spain, Poland, the Netherlands and Germany with UK subsidiaries, especially as they tackle contractual changes arising from Brexit.

Mr Jones said: “It’s a very exciting time for the firm to develop its proposition around ETL’s international client base.

“We would anticipate the London office to grow to about 15-20 people over the next 12 months as we establish the firm’s credentials across our commercial and private client offering.”

Next steps would be “some bolt-ons in Manchester” and then a move into Scotland in a couple of years time.