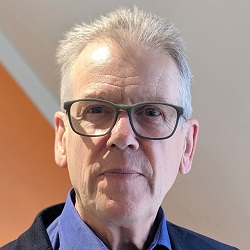 A network has been launched today to support class representatives, who have the “lonely” task of representing huge numbers of consumers who have lost money due to the anti-competitive behaviour of companies.

Solicitor Walter Merricks, chair of the Class Representatives Network, said they were “entering into new territory all the time” and the network would help them support each other.

Mr Merricks, a one-time Law Society official and former chief ombudsman of the Financial Ombudsman Service, is class representative in the ground-breaking £14bn collective action against Mastercard on behalf of around 46 million consumers.

“It’s a somewhat lonely position to be in,” he said. “As an individual you are taking on responsibility for acting on behalf of a large class of people with a very large and powerful organisation opposing you.

“You have a litigation funder and a team of lawyers, but the process of litigation is a complicated one.

“Although I’m a lawyer, other people are not, and I’m not a competition lawyer.”

Mr Merricks said that, as well as talking to litigation funders and lawyers, new representatives might want to talk to those who were already in the role.

The UK’s first tailor-made class action regime – formally named collective actions – was set up by the Consumer Rights Act 2015 and is centred on the Competition Appeal Tribunal. Crucially, they can be opt-out actions.

Mr Merricks added: “We all want it to be successful and do what the government intended it to do.”

He is joined as a director of the Class Representatives Network by another solicitor, Kate Wellington, who is also part-time chief executive of the Costs Lawyer Standards Board.

She is seeking to recover losses for purchasers of home insurance who she says paid higher premiums than they would have done but for anti-competitive conduct by CompareTheMarket.

The third founder is Mark McLaren, who is trying to recover losses for a class of purchasers of new cars or vans who he says paid higher prices than they would have done but for unlawful price-fixing by a cartel of vehicle shipping companies.

London rail companies, banks, truck manufacturers, BT, Apple and Facebook are other defendants in collective actions at the moment.

The network aims to create opportunities for class representatives to share learnings and discuss novel issues, without jeopardising confidentiality or privilege in their own claims.

Jenny Willott, the former Liberal Democrat MP who as minister for consumer affairs responsible for the 2015 Act, welcomed the launch of the network.

“I am sure that it will make a significant contribution to the smooth working of the regime so that sound class claims can be steered successfully through the legal process and redress for consumers can be recovered.”