Neil Hudgell Solicitors doubles in size with purchase of Rapid 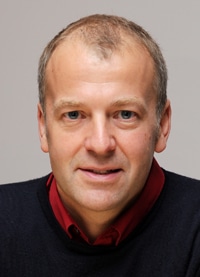 Hudgell: “Bulk presence” in the north

The combined firm will have over 220 staff and handle more than 10,000 claims from seven offices. Managing director Neil Hudgell told Legal Futures that he wanted the firm to have a turnover of £25m by April 2016.

Mr Hudgell said the move – which adds three offices to his existing network – would give the firm a “bulk presence” in the north of England, becoming one of the biggest personal injury practices in the region.

“It’s a challenging time, but where there is adversity and difficulty there is also opportunity. People are still having accidents and making claims.”

“There’s a lot of doom and gloom around, but it’s all about generating more work and doing it more efficiently.”

Mr Hudgell said Rapid Solicitors would keep its separate brand name for the time being, and in the future could concentrate on high-volume work, while Neil Hudgell worked on medical negligence and high-value cases.

“We will be carrying out a full review of both operations, and combining the best of both,” he said. “We have no planned desire to cut any part of the business, and are probably looking to expand.”

Rapid Solicitors, which has four offices in Hull, became an ABS in March last year. It advertises rather than pays for work, specialises in motorcycle accidents and sponsors British superbike team PBM – known as Rapid Solicitors Kawasaki – as part of its publicity.

The firm’s spokesman added: “As others have looked to sell off their personal injury cases and focus on other areas of law, the company, established by Neil Hudgell in 1997, has pushed to strengthen its position through offering to buy entire case books from lawyers, accountants and other professionals.

“The move comes as Neil Hudgell Solicitors enjoys a record-breaking year, and is on target to achieve damages totalling around £20m for clients this year, up from £8.75m in 2012, and £13m in 2013.”

In a separate development, PI-Solutions, which advises firms thinking of leaving the personal injury market, has added two South East firms to its panel of firms that take on the cases. The two new additions – Girlings Personal Injury Claims Ltd and Marsons Solicitors – brings the number of its panel firms to 10 and gives PI-Solutions a presence in the south for the first time.