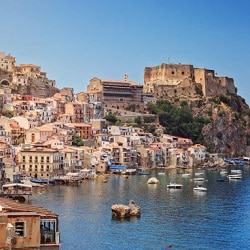 A defunct Italian law firm that operated in London has been ordered by the High Court to pay €3.5m to investors in a failed holiday development that allegedly had links to the Mafia.

It is the latest litigation involving Giambrone Law in respect of its advice to investors in the Jewel of the Sea development in Calabria, Southern Italy.

Judgment in default had already been entered and the hearing before Mr Justice Fordham earlier this month was over the damages payable.

He said Giambrone’s decision not to appear or be represented deprived him of the ability to “narrow the issues and agree detailed facts and figures”.

Instead, relying on the “industry and candour” of the claimant’s lawyers, London firm Saracens Solicitors, Fordham J decided on the amounts payable to each of the 41 investors in the action.

He went on: “I received from them various aide memoire documents, on which it was necessary for me to rely, as good faith summaries of the underlying detailed documented claims.

“Using suggested illustrative cases, I was able at the hearing to drill down into the material, to test aspects as to the implications and reliability of what had been presented.

“I did this to an extent which I was satisfied was adequate and appropriate, to be able to arrive at findings of fact in which I could have confidence, applying the balance of probabilities standard.”

In 2017, the Court of Appeal upheld the High Court’s decision two years earlier that Giambrone was negligent and in breach of trust when acting for other investor clients in respect of the development.

The Supreme Court refused to hear a second appeal.

Last year, the High Court made a £3m non-party costs order against Giambrone’s professional indemnity insurer, AIG, after the firm had failed to satisfy costs orders.

Delivering judgment in Leggett and others v Giambrone Law LLP (in liquidation) [2020] EWHC 724 (QB), Fordham J said the claimants he was dealing with a were a different group, but in a “materially identical position”.

He observed that only one of the claimants ever got title to a finished apartment, and her evidence explained how that apartment is “now in the middle of a derelict, abandoned and unmaintained place” so that “my investment has been destroyed”.

Fordham J said “no defence, skeleton argument, expert evidence or other substantive response” had been put forward by the liquidators of Giambrone Law LLP, meaning that the damages claim was entirely uncontested.

He said the deposits they paid “were an intimate and integral part of the transaction on which the firm was acting as adviser” and no question of remoteness arose.

He said the claimants could also claim also for trips they made to Italy to decided whether or not to go ahead with purchases.

In addition to Italian legal costs and reservation fees, Fordham J said the claimants were entitled to claim for lost rent.

“Had the claimants been alerted as they should have been to the fundamental problems with the development from the outset of the retainer, they could and would have looked for an alternative viable development in which to invest.

“Such alternative viable investment opportunities were available and would have been secured.

“Had that occurred, equivalent rental profits from an equivalent development in another location would have been obtained. That alternative outcome was denied to them by the actionable breaches for which the LLP is responsible under the judgment in default.”

Fordham J made an order for costs in favour of the claimants, though he rejected their invitation to award them on an indemnity basis.

The Giambrone Law that was the defendant in this action is not the practice that now operates under that name.

A spokeswoman said: “The judgment relates to events of 13 years ago, which has been covered by an earlier judgment of Foskett J in 2018.

“Unfortunately, the buyers in the Jewel of the Sea development in Calabria were victims of an unscrupulous developer who has since gone into judicial administration. Giambrone Law LLP regrettably failed to recognise the risk to the clients that the bogus developer posed and therefore did not advise them not to proceed with their off/plan purchases.

“This judgment will hopefully allow the clients to pursue their compensation claims against the firm’s professional indemnity insurers. For the avoidance of doubt, Giambrone Law LLP ceased trading in 2009 and has no connection with the current firm.”