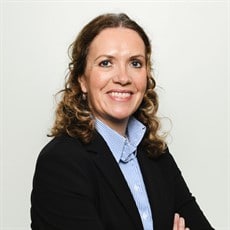 Lawyers and others who advised clients on the Coronavirus Job Retention Scheme (CJRS) are at risk of claims as the government looks to claw back payments to which recipients were not entitled, a professional negligence specialist has warned.

Last week saw the close of a consultation on draft legislation to introduce rules on the taxation of coronavirus business support grants and give powers HM Revenue & Customs (HMRC) to recover payments to which recipients were not entitled or which were not used for proper purposes.

Alison Siniver, a partner at defendant firm BLM, said “a number of clear risks” were emerging in relation to CJRS payments, whether from losing the opportunity to make claims or making incorrect ones, especially as HMRC proposed in the consultation that the burden would be on the recipient of the grant to justify the decision to claim it.

Clawback seems likely where the applicant deliberately made a false claim, where genuine errors in making the claim led to an award higher than it should have been, and where the claim was accurate at the time it was made, but circumstances then changed (for example, the employee returned to work) or the grant was not used for the reasons originally intended.

Writing on the BLM website, Ms Siniver said: “The rules of the scheme are complex, were introduced gradually at various stages and the guidance and wording used was, perhaps intentionally, vague…

“Professionals will have done well if they have couched their advice in carefully caveated terms as there may well be debate between HMRC and businesses as to what an ‘abusive’ claim is.

“Such debate will include discussion as to what the government communicated it intended, at the relevant times. Any clawback claim may also include examination of the finances of the business and the productivity of staff prior to and during the coronavirus outbreak.”

A further issue she anticipated was the extent to which the professional’s duty was limited to advice at a point in time or was an ongoing one requiring constant review as the rules and guidance changed.

“If businesses are faced with a potential clawback, professionals will need to consider whether clients should minimise PR damage and penalties, by volunteering to pay back any over-claim before penalties apply and claims for interest accrue,” Ms Siniver added.

Although the clawback would not be a recoverable loss in any claim – being money the company should never have received in the first place – “we can see the potential for claims in respect of professional fees, penalties and interest especially given that HMRC will likely have four/six years depending on the circumstances to make the claim.

“It also seems likely that the burden will be put on the applicant to declare overpayments/errors and penalties may be imposed if disclosure of those errors is not made.”

The solicitor added that, if a company was insolvent when a reclaim was made, then directors may be personally liable if they are unable to demonstrate that they thought or were advised that the claim was valid at the time.

For deliberately fraudulent claims, HMRC was “likely to prosecute”.

Ms Siniver pointed out upcoming risks in the form of the deadlines coming up in the next few weeks – the last day to furlough employees was 10 June and the scheme closes to new entrants on 30 June, before closing entirely on 31 October.

There is also a cap under the flexible furlough scheme which starts from 1 July 2020 which limits the number of employees who can be furloughed going forward.