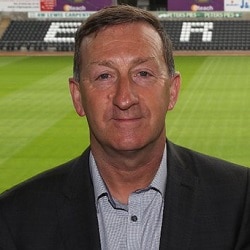 A judge was wrong to stop a case against a law firm that had incorporated since potentially negligent advice was given when the wrong entity was named in the claim, the High Court has ruled.

However, the error meant that part of the claim was arguably statute-barred, and the court refused to substitute the entity for that element.

Jenkins v JCP Solicitors Ltd [2019] EWHC 852 (QB) concerned the divorce of Huw Jenkins, who at the time was the high-profile chairman of Swansea City FC.

He separated from his wife and sought advice from the Welsh law firm on potential matrimonial finance proceedings.

At the time, April 2011, it was an LLP and advised him against instituting proceedings as his level of indebtedness would preclude a ‘clean break’ settlement.

That summer, Swansea City were promoted to the Premier League, but in the autumn the LLP provided further advice that Mr Jenkins’ finances were still not sufficiently stable to reach a financial settlement with his wife.

However, Swansea’s promotion improved his financial position “substantially”, primarily because the value of his shares went up, and in 2015 Mr Jenkins instructed alternative solicitors, IPS Law, and went through with the divorce and financial settlement.

In the professional negligence proceedings against JCP, Mr Jenkins argues that the LLP should have been aware in 2011 that his financial position was likely to improve and advised him to start matrimonial proceedings before a material change in his circumstances occurred.

He initially brought the proceedings against the company – JCP incorporated in December 2014 – and in April 2017 they entered into a standstill agreement to suspend time for limitation purposes.

The claim was issued in September 2017, seeking £2.25m, which Mr Jenkins said was the difference between the amount he would have been ordered to pay in 2011, and what he did eventually pay in 2017.

Mills & Reeve, acting for JCP, responded that the company could have no liability for advice given by a different entity prior to its incorporation.

The defence also pleaded a limitation defence in respect of any claim made against the LLP arising out of the April 2011 advice, as the standstill agreement did not include the LLP.

Last September, District Judge Osborne in Manchester dismissed Mr Jenkins’ application to substitute the LLP for the company, and struck out the claim against the company on the grounds that the appellant knew, or should have known, that the company had not been incorporated until 2014; the mistake was not as to the name but as to liability of the company for negligence on the part of the LLP.

He also concluded that the court should not exercise its discretion to permit the substitution given the delay in issuing proceedings, the availability of an alternative remedy against the appellant’s legal representatives and the speculative nature of the claim.

On appeal, Mrs Justice O’Farrell ruled that the judge was wrong not to allow the substitution.

“The answer to that question in this case is provided by the contemporaneous documents… I conclude that this was a mistake as to name and not as to identity.

“The district judge was wrong to decide that the mistake was as to identity and therefore wrongly decided that the court had no jurisdiction to allow substitution.”

The district judge was also wrong in the exercise of his discretion, O’Farrell J said. Despite the “significant delay” in commencing proceedings and failure to comply with the pre-action protocol, “the LLP and the company have been aware of the potential claim since 2015/2016”, she said.

“The same solicitors represent the company and the LLP. The passage of time will have affected memories of the material events but the respondents have, or should have, notes of the relevant meetings.

“Although the appellant was slow to issue the application for substitution and there have been a number of additional errors, no prejudice has been suffered by the failure to name the correct defendant in the claim. A fair trial remains possible.

“Having regard to all the circumstances of the case, it would be appropriate to exercise the court’s discretion to allow the substitution of the LLP as a defendant in respect of the claim based on the October/November 2011 advice.”

However, when it came to the April 2011 advice, O’Farrell J said JCP had an “arguable case” that any claim was statute-barred for limitation.

Court of Appeal authority meant that, in such circumstances, she had to refuse permission to allow substitution or addition of the LLP in relation to the claim arising out of that advice.