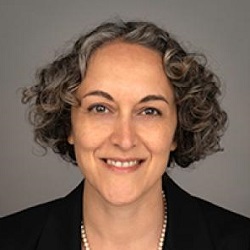 A claimant suing his solicitors for negligence in how they pursued a claim for negligence against other solicitors has failed in his application for permission to appeal a ruling that refused summary judgment in his favour.

The High Court heard that Mr Aziz and his business partner launched a negligence claim against Birchfield Solicitors in 2018, alleging that they were negligently advised on the purchase of a development site in Manchester.

His Honour Judge Hodge QC dismissed the claim in December 2019. The pair had been represented by E&K Solicitors, against whom Mr Aziz alone issued a claim in August 2020.

In Aziz v E&K Solicitors [2021] EWHC 3564 (Ch), Bacon J recorded that the essence of Mr Aziz’s allegation was that E&K initially pursued the wrong defendant, failed to obtain expert valuation advice showing the property’s value at the time of purchase, and failed adequately to challenge Birchfields’ allegation that Mr Aziz and Mr Nawaz, the two partners, were prepared to take a “gamble” or risk on the property development.

Deputy Master Arkush refused summary judgment on the wrong defendant issue but allowed it to go forward to trial on condition that it was repleaded so that the claim was limited to Mr Aziz’s half of the alleged losses.

He declined Mr Aziz’s application for summary judgment “having regard to E&K’s argument that the error was not so obvious as to be categorised as negligence”.

The remainder of the businessman’s claim was struck out and he was ordered to pay £45,000 in costs.

Mr Justice Green refused an appeal on the papers in June 2021, which Mr Aziz renewed orally before Bacon J.

She held that the deputy master’s requirement that Mr Aziz replead the wrong defendant issue was “unimpeachable”, because it was not brought with the agreement of his business partner.

She went on to rule that the other two findings of Deputy Master Arkush challenged by Mr Aziz were essentially attempts to relitigate findings of fact and so she refused permission to appeal.